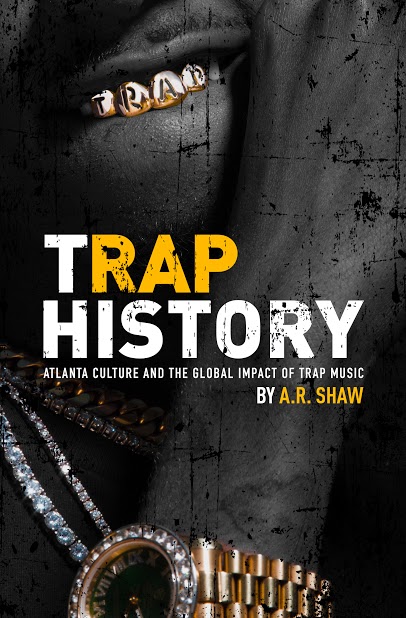 Trap History author A.R. Shaw discusses Gucci Mane’s rise to fame in “The Evolution of Gucci Mane,” episode 3 of the Trap History audio documentary that will be released on Tuesday, March 3 on Audible. The audio documentary is a companion piece to Shaw’s Trap History book,  a compelling, thoroughly researched 300-page work that tells the story of the popular hip hop subgenre by describing the rise of the music as well as explaining the politics and sociology that fueled the sound.

In Shaw’s interview with producer Zaytoven, the Atlanta-based beatmaker who has also worked with Usher, Migos and Future, explains that the GRAMMY-nominated, platinum rapper with hit collaborations with the likes of Drake, Bruno Mars, and Selena Gomez, was not pursuing a rap career when they met in 2001. At the time, Gucci Mane was managing his nephew and took him to Zaytoven’s studio to record music.

“So Gucci came with a mutual friend and he brought his nephew. His nephew was trying to be a rapper,” Zaytoven says in an excerpt of the “Tap History” audio documentary. “Gucci was writing the songs for him. He was like, ‘Ah man, I want to get some beats. I’m trying to put my nephew on.’”

Zaytoven immediately noticed that Gucci was more than a manager. He was also a talented artist. “It went from him writing songs for his nephew,” Zaytoven says. “A lot of times, he had to go in there and say it so his nephew could see how he’s supposed to say it and rap it. And it just turned into me really just listening to him and listening to the words that he’s putting together like, ‘Man, you got it.’”

Very quickly, Gucci began changing his focus from manager to artist. “I didn’t see his nephew but what twice,” Zaytoven says. “After that, it was like it was Gucci recording. And we started building our relationship just like that. I’m making beats. I got the studio. He rapping the songs. I think he’s the dopest in the world. He thinks I’m the dopest in the world, and that’s it. We doing that everyday.” That same year, Gucci released his first project, Str8 Drop Records Presents Gucci Mane Le Flare on his label Str8 Drop Records.