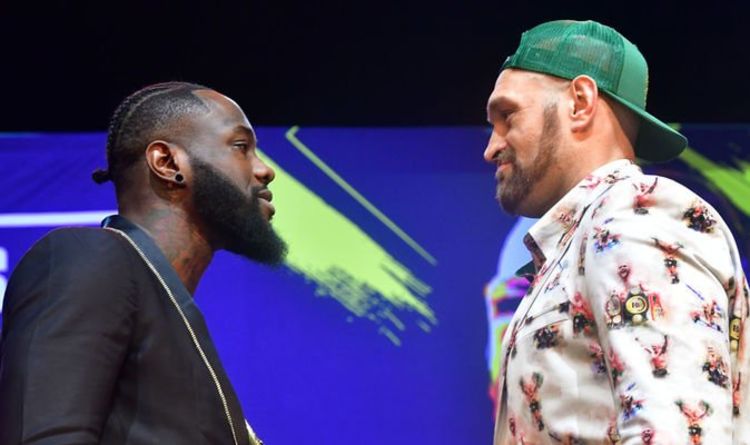 Former lineal heavyweight champion Tyson Fury has revealed he experiences suicidal thoughts at least once a week and that he’d be dead if he was to deter from his weekly routine.

“Every Sunday, I’m absolutely suicidal,” the 31-year-old said during a candid interview with Behind The Gloves. “Every single Sunday.

“Whether I’m in camp or I’m at home. It’s like the world’s ended and I don’t want to live any more.”

He added: “That’s the way I live. It’s routine that’s keeping me alive and keeping me going.

WBC heavyweight champion Deontay Wilder reckons Fury is preparing himself for failure in their rematch later this month by making wholesale changes to his training camp.

“A lot of stuff that he’s doing is making me feel like he’s setting up an excuse for when he lose,” Wilder told ThaBoxingVoice. “The weight thing – I don’t wanna hear nothing about being out of shape or, ‘He didn’t have enough time to get in shape.

“All these trainers around – I don’t wanna hear when I knock him out that, “If he had Ben it would’ve been better.”

“I don’t wanna hear no excuses. I already feel like all this stuff that’s going on is going to be bent around as excuses. We’ll see what happens.”

When asked if he thinks Fury’s change of coach will have a positive effect, Wilder said: “I don’t. It’s similarities to the Dominic Breazeale camp when they added Virgil [Hunter].

“When you have bad habits, it’s hard to correct. Sometimes it takes years to correct bad habits.

Joshua is on course to defend his WBA (Super), WBO, IBF and IBO heavyweight title against Bulgaria’s Kubrat Pulev in June.

Last week, it emerged that Spurs were the frontrunners to host the bout at their brand new 62,303 seater stadium.