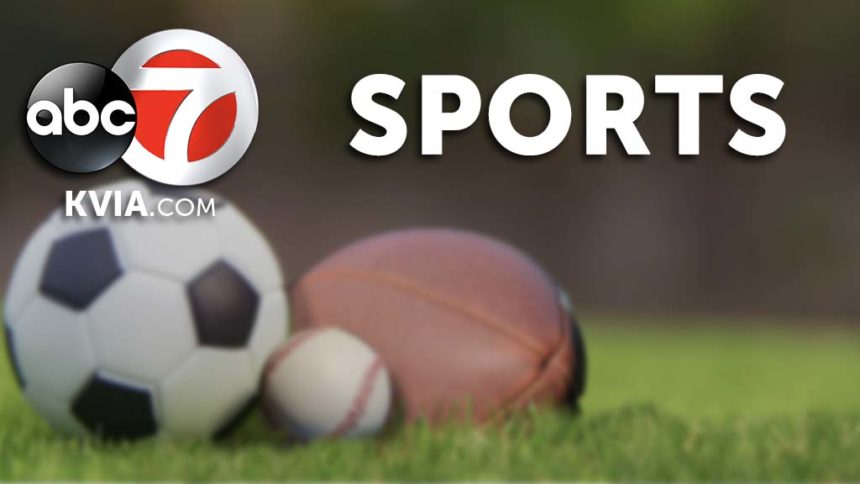 UNDATED (AP) — It took 58 minutes of basketball to decide the Boston Celtics’ game against the visiting Los Angeles Clippers.

Jayson Tatum had 39 points and the Celtics pulled away in the second overtime to down the Clippers, 141-133.

Marcus Smart contributed 31 points and Gordon Hayward finished with 21 points and 13 rebounds. Tatum and Smart combined for 16 of Boston’s 27 points in OT.

The Clippers played most of the game without Paul George, who left in the second quarter with a left hamstring strain. Lou Williams led Los Angeles with 35 points, while Kawhi Leonard had 28 points and 11 rebounds.

In other NBA action on the eve of the All-Star break:

— Danilo Gallinari scored 11 of his 29 points in the fourth quarter as the Thunder knocked off the Pelicans’ 123-118. Chris Paul had 14 points and 12 assists for Oklahoma City, which blew a 13-point, third-quarter lead before rallying. Rookie Zion Williamson hit the 30-point mark for the second straight game, finishing with 32 for New Orleans.

UNDATED (AP) — The NBA has fined Los Angeles Clippers forward Paul George $35,000 for critical comments toward the officiating after his team’s loss to the Philadelphia 76ers on Tuesday.

George pointed out the Clippers were called for eight more fouls than Philadelphia in the 76ers’ 110-103 win at home, referring to that disparity as “home-court cooking.”

This is the fifth fine and stiffest financial penalty given to George for commenting on officials.

In other NBA news:

The Hoosiers had dropped four in a row before Devonte Green scored 18 of his 27 points in the first half of Indiana’s 89-77 victory over No. 21 Iowa. Green nailed a season-high seven 3-pointers after Indiana entered the game averaging just 5.3 as a team.

Trayce Jackson had 17 points for the Hoosiers, who handed the Hawkeyes their third loss in five games since a five-game winning streak.

In the other top-25 game of the day, Will Richardson scored 17 of his 21 points in the second half as 17th-ranked Oregon rallied past No. 16 Colorado, 68-60. The Ducks trailed by 12 early in the second half but went on a 10-0 run in the waning minutes to overtake the Buffaloes, leaving both teams in tie for the Pac-12 lead.

COLUMBIA, S.C. (AP) — South Carolina has become the latest school to receive an NCAA notice of allegations over the federal probe into college basketball.

Athletic director Ray Tanner says the school received the notice about a violation alleged to have been committed by former assistant coach Lamont Evans, who worked for coach Frank Martin for four seasons from 2015-16.

The NCAA has categorized the infraction as Level I, the most serious of its violations and what it calls a “severe breach of conduct.”

Evans moved on to Oklahoma State and has admitted to accepting $22,000 in bribes as a college assistant to connect players with runner Christian Dawkins and others hoping to represent them after college. Evans was sentenced this past June to three months in prison.

UNDATED (AP) — Houston Astros infielders Alex Bregman and José Altuve (al-TOO’-vay) have apologized on behalf of the ballclub for its sign-stealing scheme that was investigated and punished by Major League Baseball.

Bregman said at a news conference Thursday that he is “really sorry.” Altuve said there was a full team meeting Wednesday to discuss what happened.

Astros owner Jim Crane raised eyebrows when he said: “Our opinion is that this didn’t impact the game. We had a good team. We won the World Series. And we’ll leave it at that.”

MLB didn’t punish any players for the cheating and Crane said the team wouldn’t, either. However, former Houston outfielder Carlos Beltran was forced out of his new job as manager of the Mets following his role in the sign-stealing process.

Commissioner Rob Manfred disciplined the Astros after he found the team broke rules by using electronics to steal signs during its run to the 2017 World Series championship and again in the 2018 season.

In other MLB news:

— Diamondbacks right-handed pitcher Mike Leake has a fracture on his non-throwing wrist but still hopes to be ready for the beginning of the regular season. The 32-year-old Leake had an MRI on Wednesday and said it revealed an old fracture that was aggravated by a fall while he was chasing his dog.

— Boston manager Ron Roenicke (REHN’-ih-kee) says injured second baseman Dustin Pedroia won’t report to spring training with the rest of the position players next week. Pedroia has played in just nine games the last two seasons while trying to recover from an injury he sustained in May of 2017 when Baltimore’s Manny Machado slid spikes-high into his knee.

— The Dodgers have agreed to pay pitcher Kenta Maeda’s (mah-EH’-dah) a $1 million assignment bonus as part of his trade to the Twins. Los Angeles also agreed to pay the Twins $3 million to cover part of Maeda’s salary and reimburse Minnesota for up to $7 million of his earned bonuses, according to information obtained by The Associated Press.

— Right-handed pitcher Taijuan Walker says he is fully recovered and excited to be back with his original team, the Seattle Mariners. Walker has appeared in only four games since undergoing Tommy John surgery in April 2018 and a shoulder injury last May.

— Free agent outfielder Jarrod Dyson has finalized a $2 million deal with the Pirates. Dyson hit .230 with seven home runs and 27 RBIs in 130 games with the Diamondbacks last season.

— Right-hander Brad Boxberger and utilityman Sean Rodriguez have agreed to terms on minor league deals with the Marlins that include invitations to spring training. Boxberger went 1-3 with a 5.40 ERA for the Royals last year. Rodriguez batted .223 in 76 games for the 2019 Phillies.

Gourde has a two-game goal streak after providing a short-handed tally in the Tampa Bay Lightning’s ninth straight win, 3-1 over the Edmonton Oilers. The goal broke a 1-1 tie in the second period and sent the Bolts to their 10th consecutive home win.

Andrei Vasilevskiy (va-sih-LEHV’-skee) stopped 29 shots and improved to 18-0-2 in his past 20 starts. Pat Maroon and Cedric Paquette also scored for the Lightning, who won despite playing without top two scorers Steven Stamkos and Nikita Kucherov.

— Third-period goals by Tom Wilson and TJ Oshie (OH’-shee) gave the Capitals a 3-2 win over the Avalanche, ending Colorado’s five-game winning streak. Oshie scored the tiebreaker with 2:04 remaining, but Washington left wing Alex Ovechkin (oh-VEHCH’-kihn) was held off the scoresheet and remains two shy of 700 goals for his career. The Caps stopped a two-game slide and moved five points ahead of Pittsburgh for the Metropolitan Division lead.

— Craig Smith scored three times and Juuse Saros (YOO’-see SAH’-rohs) made 31 saves as the Predators blanked the Islanders, 5-0. Rocco Grimaldi had a goal and an assist to back Saros, who earned its second shutout of the season and ninth of his career.

— The Flyers rolled to a 6-2 win over the Panthers as James van Riemsdyk (REEMZ’-dyk) had a goal and two assists. Carter Hart made 26 saves for his first road win in eight games, helping Philadelphia improve to 9-3-1 in its last 13 games.

— Victor Olofsson’s second goal of the night was the game-winner as the Sabres downed the Blue Jackets, 4-3 in overtime. Jack Eichel (EYE’-kul) ended his five-game goal drought and had two assists after Columbus took a 2-0 lead.

— Mikael Backlund and Oliver Kylington scored 1:29 apart while the Flames erupted for four goals in the first period of a 6-0 rout of the rout of the Ducks. Backlund and Mark Jankowski each had two goals and Cam Talbot stopped 44 shots in his first shutout of the season and 21st of his career.

— Mika Zibanejad (zih-BAN’-ih-jad) scored the tying goal with 66 seconds in regulation before adding a shootout goal in the Rangers’ 4-3 comeback against the Wild. Minnesota enjoyed a 3-1 lead until Pavel Buchnevich (booch-NEH’-vihch) tallied midway through the third period.

— Vladislav Namestnikov (nah-MEHST’-nih-kahf), Nick Paul and Brady Tkachuk furnished the Senators’ goals in a 3-2 victory against the Coyotes. Marcus Hogberg handled 32 shots as Ottawa dealt Arizona to its ninth loss in 11 games.

— Wayne Simmonds provided two goals while the Devils scored four times in a four-minute span of the third period to beat the Red Wings, 4-1. Andy Greene and Jesper Bratt also tallied to support Mackenzie Blackwood, who made 25 saves in winning for the fourth time in five games.

DAYTONA BEACH, Fla. (AP) — Joey Logano and William Byron won the qualifying races that set the field for the Daytona 500.

Byron will join Logano in the second row. They’ll be behind pole-sitter Ricky Stenhouse Jr. and teammate Alex Bowman, who earned the front row in time trials at Daytona International Speedway.

WASHINGTON (AP) — A White House spokesman has confirmed that President Donald Trump will attend NASCAR’s season-opening Daytona 500. He is scheduled to spend part of the Presidents Day weekend at his private club in Palm Beach, Florida.

The President will serve as grand marshal and give the command for drivers to start their engines. He’s the first sitting president since George W. Bush in 2004 to attend the race.

The Federal Aviation Administration issued a flight restriction for Sunday. The U.S. Secret Service also tweeted to fans that drones are prohibited within 30 miles of the race in Daytona Beach, a restriction put in place for presidential visits.

LOS ANGELES (AP) — Matt Kuchar (KOO’-chur) is the leader through one round of the Genesis Invitational at Riviera Country Club in Los Angeles.

Kuchar birdied his first two holes and never let up until in a 7-under 64 that gave him a three-stroke lead.

Rory McIlroy, Patrick Cantlay, Jason Day and Bryson DeChambeau are in the mix at 3 under.

Tiger Woods eagled his first hole and added two birdies on his opening front nine, but he closed with a bogey to fall to 2 under.

Tokyo, IOC officials reiterate that the Olympics are on

TOKYO (AP) — Tokyo Olympic organizers are reiterating that the 2020 Games will not be waylaid by the virus spreading from neighboring China.

Organizing committee president Yoshiro Mori says he wants to make it clear again that “we are not considering a cancellation or postponement of the games.”

The coronavirus has wiped out track meets, golf tournaments, soccer matches and almost all sports in China. It is also keeping Chinese athletes from traveling to qualify.