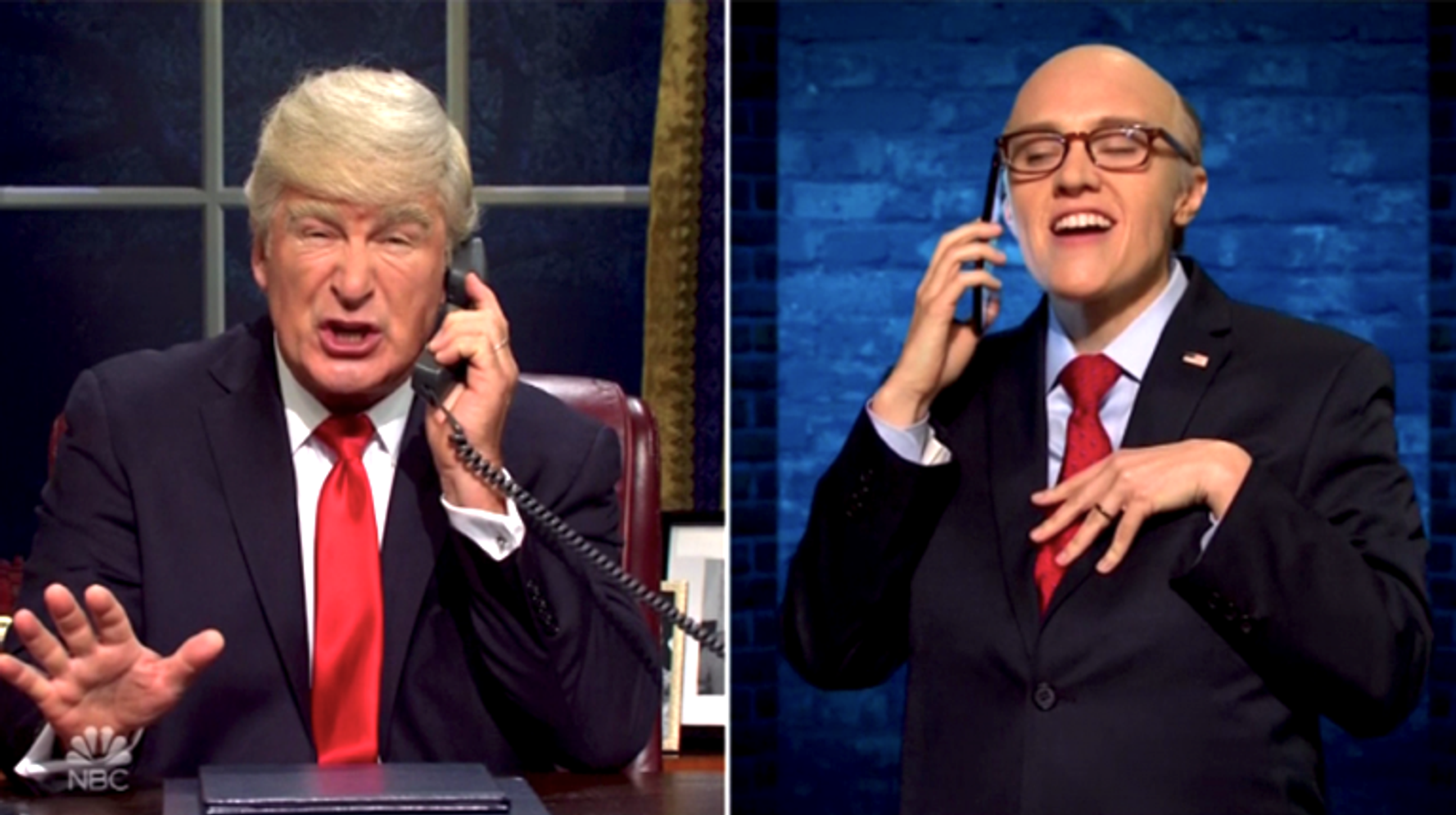 Alec Baldwin was back as Donald Trump in the 45th season premiere of “Saturday Night Live,” grappling in the cold open with the House impeachment inquiry in what he called the “greatest presidential harassment of all time.”

“I would know,” he muses in the Oval Office. “I’m like the president of harassment.”

“Relax Mr. Trump, we’ve got nothing to worry about,” McKinnon reassures in a  phone call. “Nobody’s going to find out about our illegal side dealings with the Ukraine, or how we tried to cover up those side-dealings, or how we planned to cover up the cover-up.”

“Rudy, where are you right now?” Trump asks.

When that doesn’t cheer up the president, he turns to judge Jeanine Pirro (Cecily Strong) for one of her hot bodice-ripping pep talks.

Trump finally calls Liev Schreiber, and asks Schreiber’s character Ray Donovan to help him.  When the actor patiently explains that Donovan is fictional, Baldwin’s Trump asks instead for … John Wick.

Check it out up top.