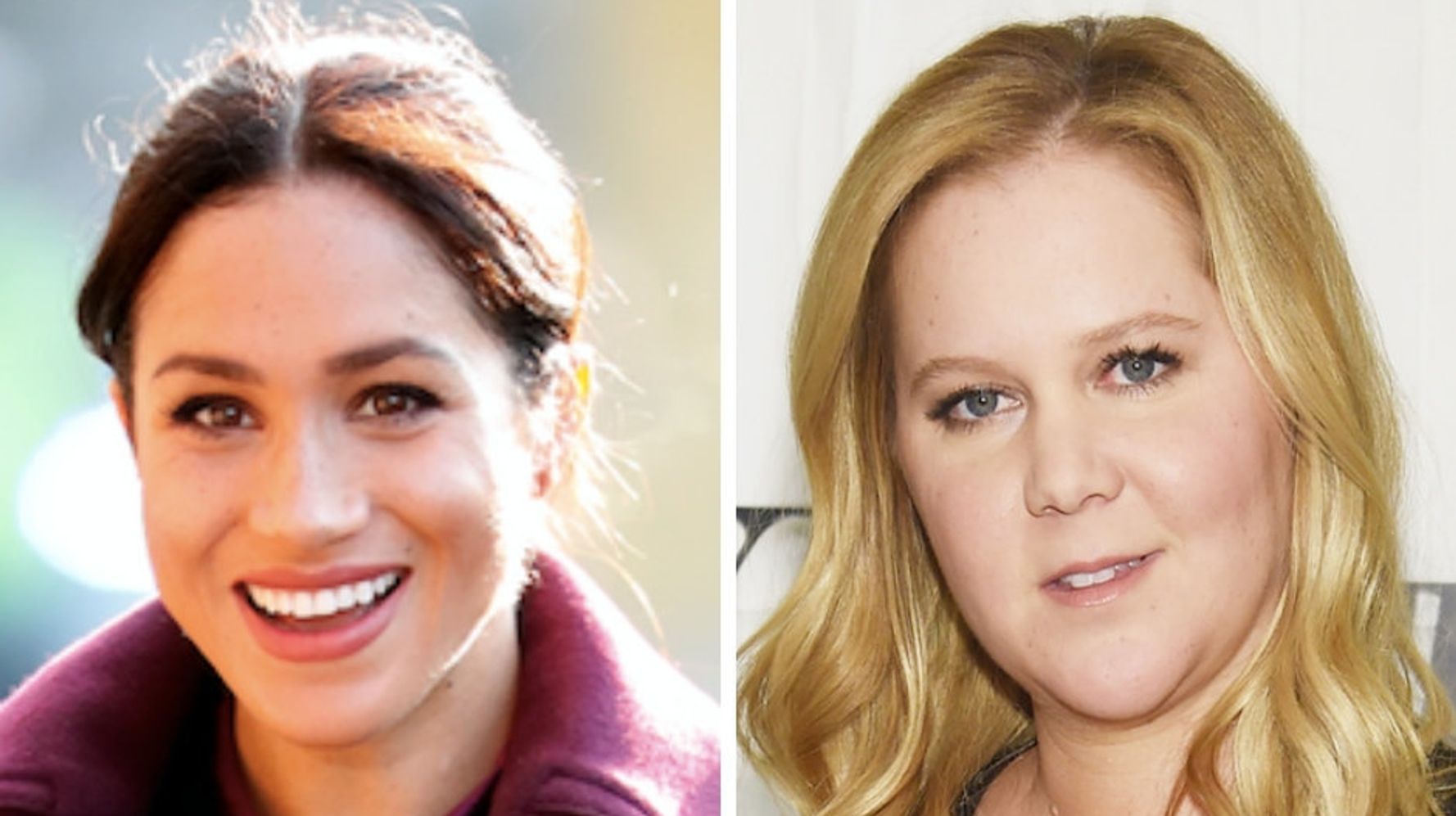 “Chris and I are formally stepping down from our royal duties,” the comedian captioned a photo of her husband, Chris Fischer, pushing her in a beach wheelchair. “We appreciate your support.”

Schumer has jokingly jabbed at the duchess over the years, once even calling the former “Suits” actress her “nemesis.”

In 2018, the “I Feel Pretty” actress even superimposed pictures of her and Fischer’s faces over a picture of Meghan and Harry to announce her own pregnancy, just a few days after the Duke and Duchess of Sussex revealed they were expecting.

“Chris and I are thrilled and almost positive he’s the father,” she ﻿told The Los Angeles Times at the time. “I look forward to competing with Markle every step of the way.”

“She’s out there in six-inch heels, adorable outfits and there’s been no bump. She, like, cups where the bump will be,” Schumer said.

“People see me, they’re like, ‘Oh, the last couple of weeks are the hardest, right? Are you crowning? I think I can see an ear,’” she added.

She also managed to poke fun at the Duke and Duchess of Sussex in her own birth announcement, which came hours after Meghan and Harry announced they welcomed little Archie.

Now that Meghan and Harry will be splitting their time between North America and the U.K., maybe we’ll see a Schumer and Meghan meetup.