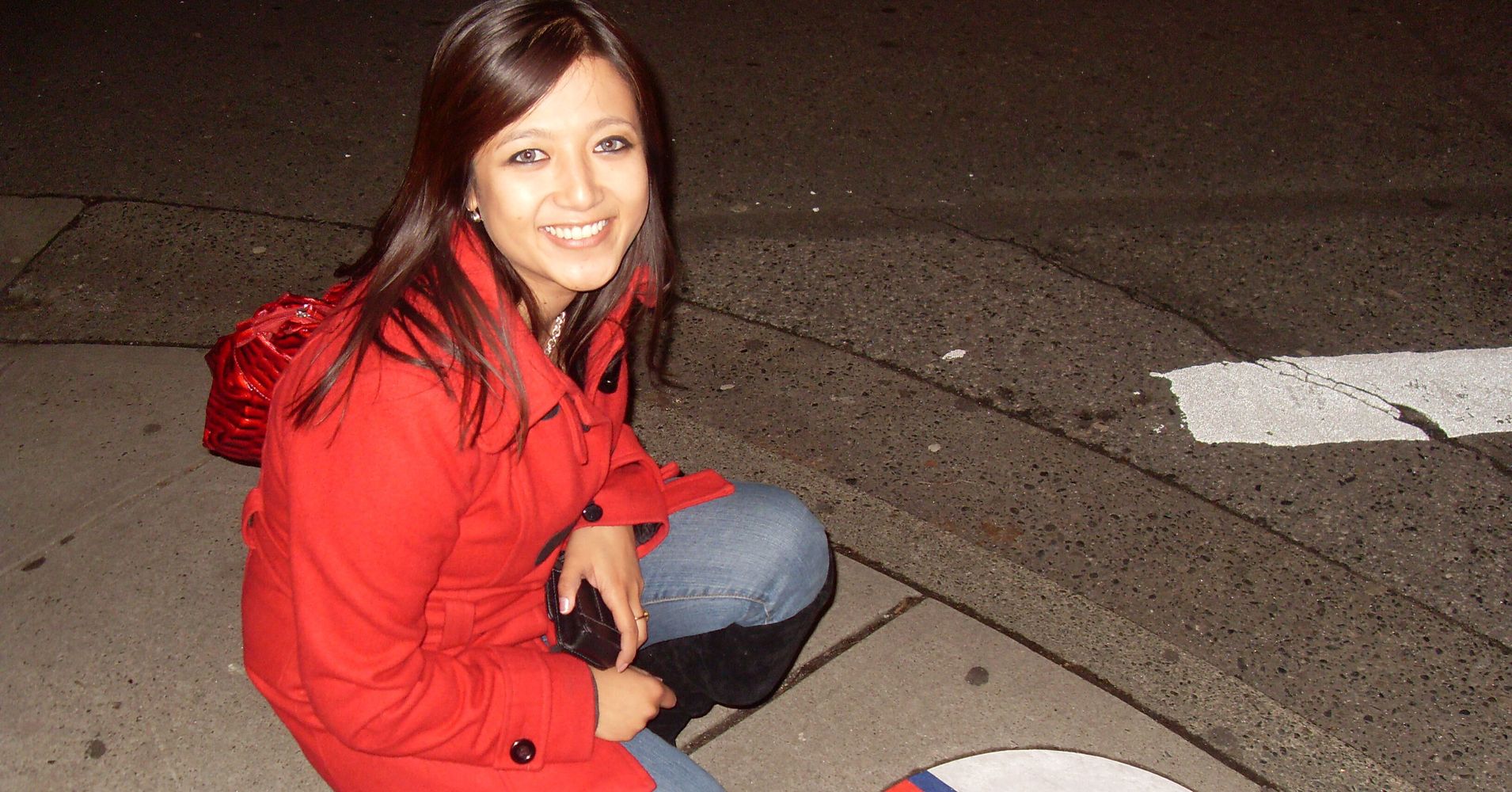 I grew up in a traditional Newar Hindu family in Nepal, and I was taught from a young age about chhaupadi ― the menstrual taboo in Nepali ― and that periods are dirty and impure. No one spoke to me about what life would be like for me when I got my period, but I had seen my mother, aunts and older cousins when they were on theirs. They could not touch anything in the kitchen. They were not even allowed to sit at the same dining table and have meals with us. I saw women of my family eat dinner outside of the kitchen, sitting on the floor or the stairs. When they were served, their plates were put far from everyone else’s, and if they wanted seconds, someone would serve them and practically drop the food on to their plates, so the serving spoon didn’t touch the plate or the person.

I had heard stories that in the past (and still in some parts of the Nepali villages), women on their periods had to sleep with the cows in the cowshed because they were not allowed in the house. The Hindu belief behind chhaupadi is that disobeying the rules may bring destruction and death to family members. I thought I was lucky that I could sleep in my room. I was thankful we did not have pet cows. However, I hated that I was born a girl because if I was a boy, I would never have to deal with this.

I consider myself lucky that I did not get my period till I was 13, after all my girlfriends had had theirs, and I had heard all their horror stories. The first time I got my period, I was embarrassed, and I went to my mother and told her, “it happened.” She showed me how to use a sanitary napkin and said I should change it frequently for hygiene.

I felt like an untouchable because I could not sit down to have dinner with my family, and I was not allowed to sit on my parents’ bed.

I felt like an untouchable because I could not sit down to have dinner with my family, and I was not allowed to sit on my parents’ bed. My mother said when I was impure and if I touched something that I shouldn’t touch, something bad could happen to our male family members. Even though everyone in my family is a highly educated, modern, well-traveled individual, they are very old-fashioned.

My first period started my monthly horror experience. I would wonder what women must have done wrong to deserve this kind of punishment if God loved and accepted everyone, like I was taught. I was told I could not touch any male members of my family. I was not allowed to go to temple and receive the delicious dessert, prasad ― food given as a blessing from God.

As a 13-year-old girl, I had enough insecurities about my body, and the monthly four-day hell did not help. I still remember once I got my period during a cousin’s wedding, and I was not allowed within a certain distance of the religious ritual ceremony. That night at the wedding reception, everyone knew I was on my period. Everyone who mentioned my period said they felt sorry for me. I never even considered I could lie about being on my period, because I was convinced something bad would happen to the male members of my family because of me.

From what I know, it was very similar for my friends too. We were all from educated yet old-fashioned Newar families, and when it came to periods, none of us could touch anything. Na chune is another term used for period in Nepal, which literally means “to not touch.” I remember one of my close friends telling me that getting her period felt like a punishment from God.

The message that getting a period is impure, confounded with my more normalized experiences of struggling with body image issues. Now, I wish I had accepted getting my monthly period as a natural part of being a woman. I wish I had accepted it as a sign that someday in the future I could have children. But as a teenager, the monthly period was a time from hell. I hated it. I resented it, and I wished that I would never get it.

The message that getting a period is impure, confounded with my more normalized experiences of struggling with body image issues.

And then one month my wish came true. A year after my first period, I completely stopped getting them. When I was 15 or 16, I got my period once or twice a year, and I thought it was a blessing. I always knew there were some reproductive health issues on my mother’s side but many Nepali families do not discuss health issues with their children, especially reproductive ones, when the children are still young. I was happy to be period-free though at times I thought I should address the irregularity. I never did.

I moved to Italy when I was 17 and to the United States when I was 19, and from the time I was 17 to 31, I probably got my period less than a dozen times. At every yearly physical after I mentioned my issue to my primary care physician, she suggested I do some tests and I declined every time. Some doctors thought I had polycystic ovary syndrome (PCOS), but during these doctor’s visits, I did not care what I had, I finally felt clean because I was no longer menstruating.

Finally, at 31, and after several doctor visits and tests, they told me I have pituitary adenoma, which is a slight growth in the pituitary gland that affects the production of progesterone and estrogen in the body. It was benign, and I finally understood why I never got my periods.

I needed hormone replacement therapy, but was terrified to get my period again. The only reason I decided to go through with the treatment was because my doctor explained all the severe health issues that could arise if I kept on without treatment. And even then, after learning about the health implications, I waited yet another year before starting my hormone therapy. I was that fearful and anxious about getting my monthly period again.

While I feel less embarrassed than I ever have felt, I’m not sure I will ever feel totally comfortable with the idea of getting a period.

Now at 36, and over two decades after getting my first period and living away from Nepal, I have not been able to stop getting embarrassed by it. I still feel uncomfortable when I buy tampons at a drugstore, I tend to do that when it is not busy and there are only women around. I even stop taking the hormones a month or so before I visit Nepal during holidays, so I do not have to deal with the taboo of getting my period.

One would think that being surrounded by strong and positive female role models in the United States, and reading about how I should embrace having my period as part of being a woman, I would feel less shame. But I don’t. While I feel less embarrassed than I ever have felt, I’m not sure I will ever feel totally comfortable with the idea of getting a period. I may seem like a modern progressive woman when I am in the United States, and I’m able to laugh and complain about my period with my peers; however, I still struggle to convince myself that having a period is not shameful.

Have a compelling first-person story you want to share? Send your story description to pitch@huffpost.com.