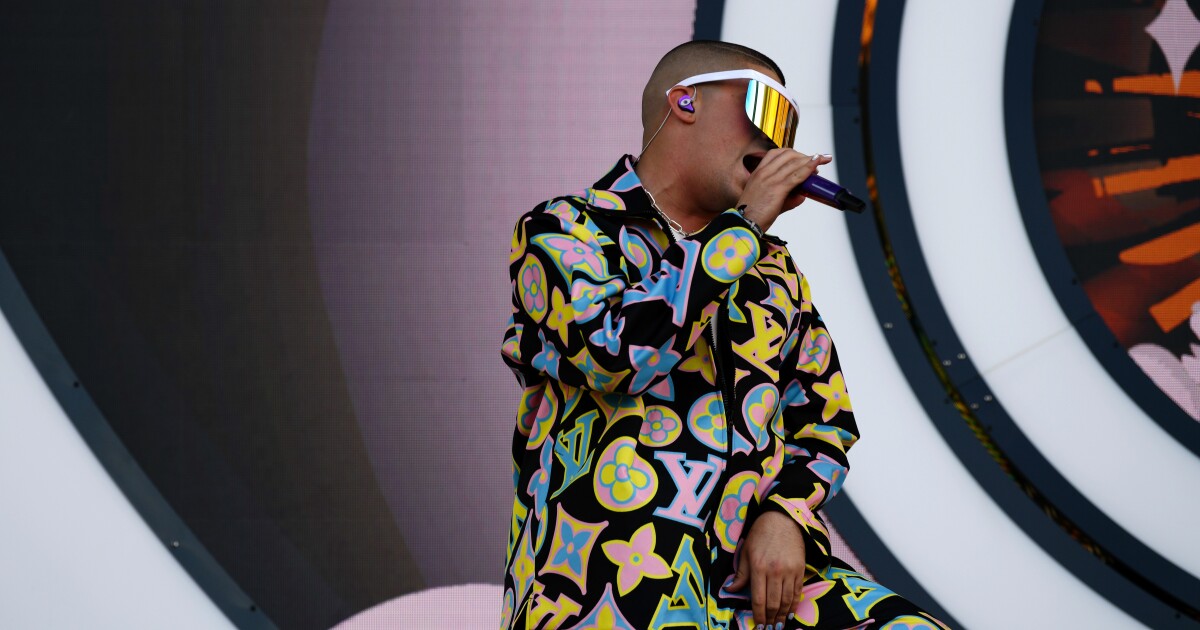 After a holiday lull, L.A.’s live music offerings are back in full force this week, with fare ranging from country to reggaeton to indie pop, plus the kickoff of Grammy season.

Jan. 10
Jason Isbell
Americana star Jason Isbell takes a departure from his acclaimed live band set for a special acoustic performance highlighting the moving songwriting and musical craftsmanship that have earned him a reputation as an artist of remarkable depth.

Walt Disney Concert Hall, 111 S. Grand Ave. Tickets are sold out but can be found on the secondary market.

Jan. 11 and 12
Calibash
The Latin pop-music zeitgeist convenes for two nights this weekend with the return of Calibash. This year’s event, supported by local tastemaker Mega 96.3 FM, plays out like a who’s who of reggaeton, Latin trap, flamenco and more, featuring heavy hitters like Bad Bunny, Rosalía, Anuel AA, Karol G and others.

Jan. 13 and 14
YBN Cordae
Maryland-bred, L.A.-based rap upstart YBN Cordae has jumped to the top of the hip-hop ranks in the last year, thanks to the 22-year-old’s passion for storytelling that bridges stylistic and generational divides. This week he kicks off his 2020 “Lost Boy in America” tour at the Fonda with songs from his acclaimed, Grammy-nominated debut album.

Jan. 15
Miya Folick
After years as a staple in the Echo Park scene, indie-pop powerhouse Miya Folick earned international acclaim with the visceral, mercurial sounds of her 2018 debut “Premonitions.” Folick makes a welcome return to her roots next week with a special “Alive in L.A.” show at the Echo, featuring support by Shannon Lay and hosted by Sophia Clearly.

Jan. 15
Stella Donnelly
Welsh-Australian indie rocker Stella Donnelly reinvigorated the genre last year with her breakthrough debut album, “Beware of the Dogs.” Her wry lyricism shows no fear, whether she’s taking down an insensitive lover or a terrible boss. Combine that with gritty guitar riffs and Donnelly’s raw howl, and you’ve got a formula for an electrifying live set at the Teragram.