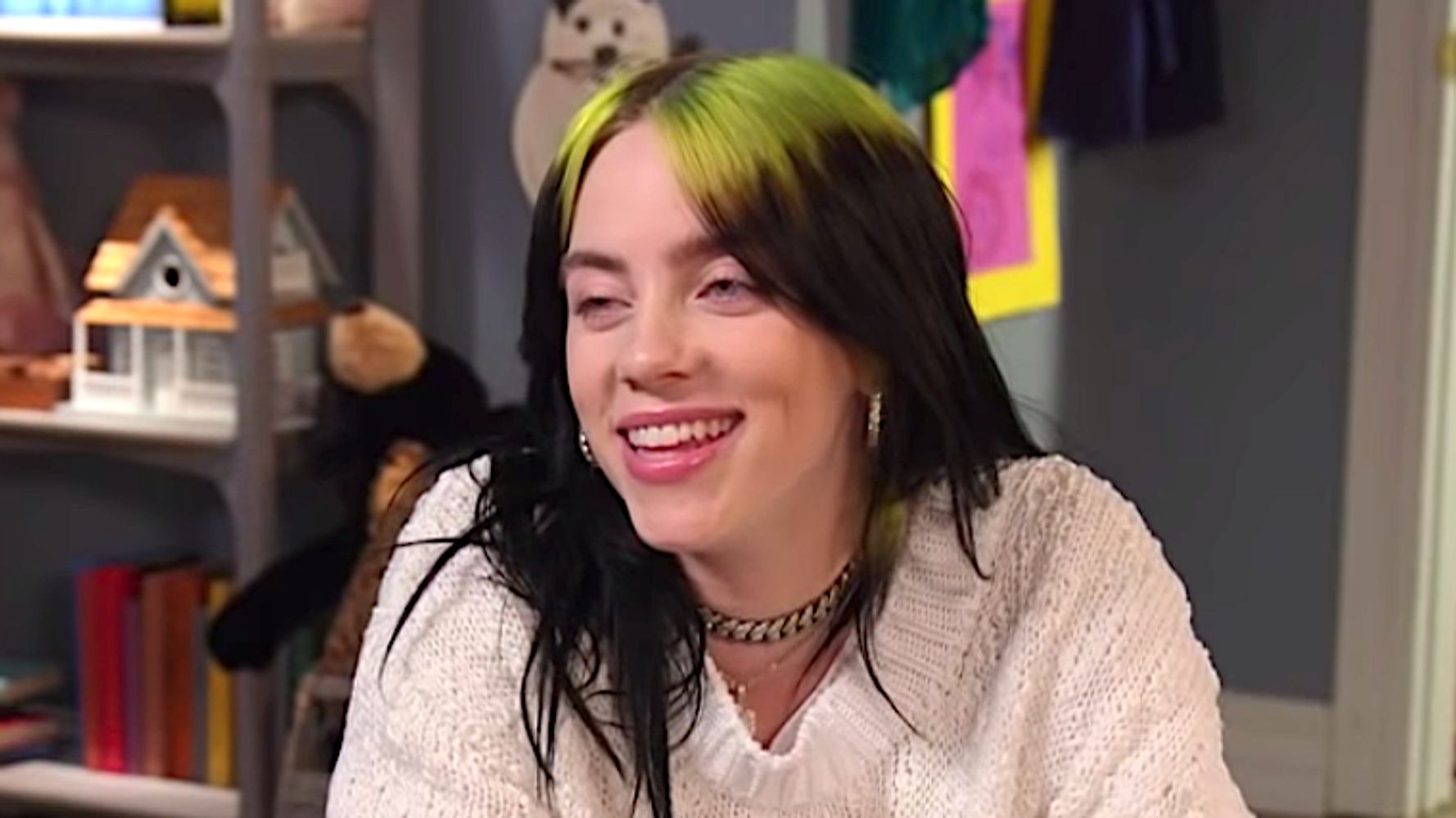 The title also served as a jumpoff point in the “Bad Guy” singer’s adorable “Jimmy Kimmel Live” segment on Thursday. Host Kimmel figured that children would be the ones who “have the imagination” to answer the question posed in the album title, and he was right. (Watch the video above.)

One told Eilish that when he fell asleep, he went to mummy times and dinosaur times. Another said his parents take off their pajama shirts. A brave girl said she slayed zombies.

But one lad got real dark, telling the 17-year-old singer about his evolving visions of Pennywise, the monstrous clown from “It.” And some of those visions began to involve Eilish.

“You’re a weird little dude, Michael,” she tells him.