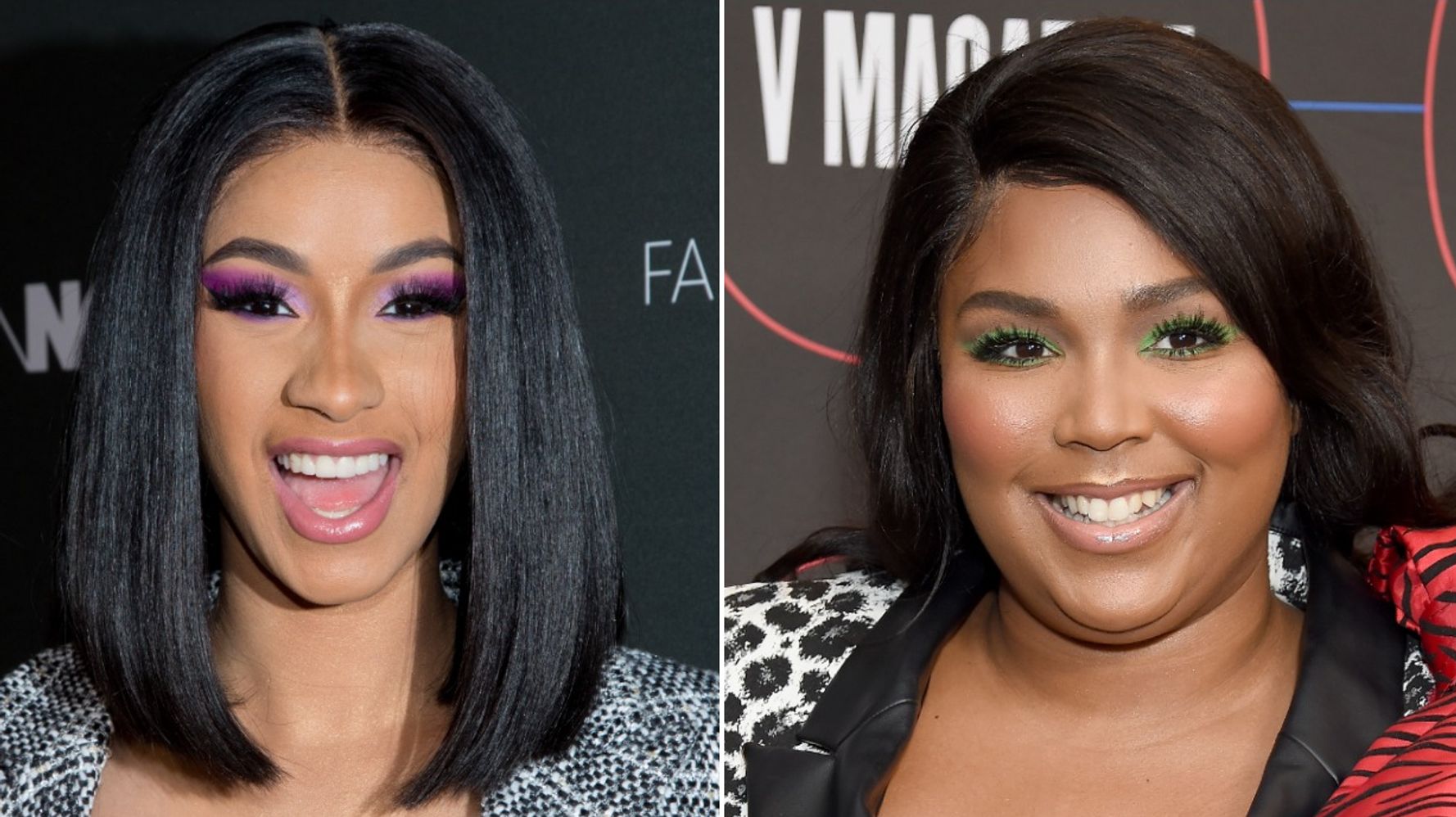 Cardi B shared a touching tribute on Twitter to Lizzo, whose hit “Truth Hurts,” landed the No. 1 spot on the Billboard Hot 100 this week ― nearly two years after its release.

“The fact that Lizzo a couple months ago felt underestimated and now she have a #1!!!! BITCH! take that! take that!” Cardi B wrote on Tuesday after Billboard’s chart showed the continued rise of “Truth Hurts.” “Makes me emotional. It’s the best feeling in the world.”

The fact that Lizzo a couple months ago felt underestimated and now she have a #1!!!!BITCH! take that!take that ! Makes me emotional 😭 It’s the best feeling in the world.

Cardi B knows that feeling well. Her debut hit “Bodak Yellow” landed the No. 1 spot on the Hot 100 chart in 2017. That made her the first solo female rapper to top the chart unaccompanied by any other act since Lauryn Hill’s “Doo Wop (That Thing)” in 1998, according to Billboard.

Lizzo responded to Cardi B’s praise with gratitude. “Thanks girl!!” she wrote.

💯💯💯 you know how it feels frfr thanks girl!!

With “Truth Hurts,” which was released September 2017, Lizzo became the sixth female rapper to reach the No. 1 spot on the Billboard Hot 100, according to the music publication.

Billboard noted that it’s rare for a song to top the chart so long after its release. Lizzo’s hit gained renewed attention this year after it was featured in the Netflix film “Someone Great” and was included in Lizzo’s 2019 album, “Cuz I Love You,” Billboard said.

Lizzo thanked her fans in a heartfelt tweet after her chart-topping success. She wrote that earning the No. 1 spot was for “anybody who ever felt like they weren’t good enough.”