MONCTON – Issac Ghebrehiwot wears his heritage in the form of a necklace shaped like the African continent. An Eritrean born and raised in Uganda, he wants to bring various cultures together at his new bar, Cassi Lounge.

“I’m multi-cultured. It’s nice to speak in your language to other people and show the cultures. For me it’s exciting to learn about other cultures, too,” said the multi-lingual Ghebrehiwot. “I’m a chef and DJ as well. That’s why I want to do this…The food, the music, the culture. It’s all about bringing people together.”

The lounge and bar took over 212 St. George Street after Plan B, a bar and live music venue, closed last year. Cassi Lounge plans to offer something different to nightlife in Moncton.

“The music is going to be Afrobeat, a little bit of Trap music, and old school (R&B) music,” said Ghebrehiwot, who will be DJing at the lounge.

There will be karaoke nights and Latin nights, as well.

“It’s basically a whole ceremony, it’s a cultural thing that brings people together,” he said.

Once the extended kitchen is completed, he plans to serve finger foods and some shareable dishes like Injera, a sourdough flatbread traditional to Ethiopia and Eritrea that’s often eaten with stews.

A chef, Ghebrehiwot plans to offer not only African food but also Caribbean dishes. He said the Caribbean influence came from his time creating and serving fusion meals with Jamaican colleagues back in Winnipeg. He managed African restaurant and lounge Casablanca, which closed a few years ago.

Ghebrehiwot immigrated with his family to Winnipeg as a teenager. He moved to Moncton in late 2018.

“I love the people in the Maritimes,” he said. “Here people just smile. That’s why I said, the love here is nice, why not stay here?” 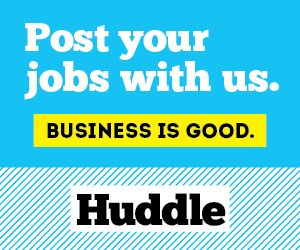 Cassi Lounge wasn’t entirely ready to open yet when Huddle came to visit. But with an aim to open the weekend of January 11, the bar is in place, there’s a dance floor, and the furniture is in – velvet and leather loveseats, a wall-mounted electric fireplace, lights, and a flat-screen TV, among other things.

The signs outside will be up soon, and African art will grace the walls inside. The space can hold around 100 people.

“What’s holding us up is the siding,” he said, pointing to the side door that’s still under renovations.

Ghebrehiwot said he’s hired three people to help him run his new business, which aims to cater to a more mature crowd.