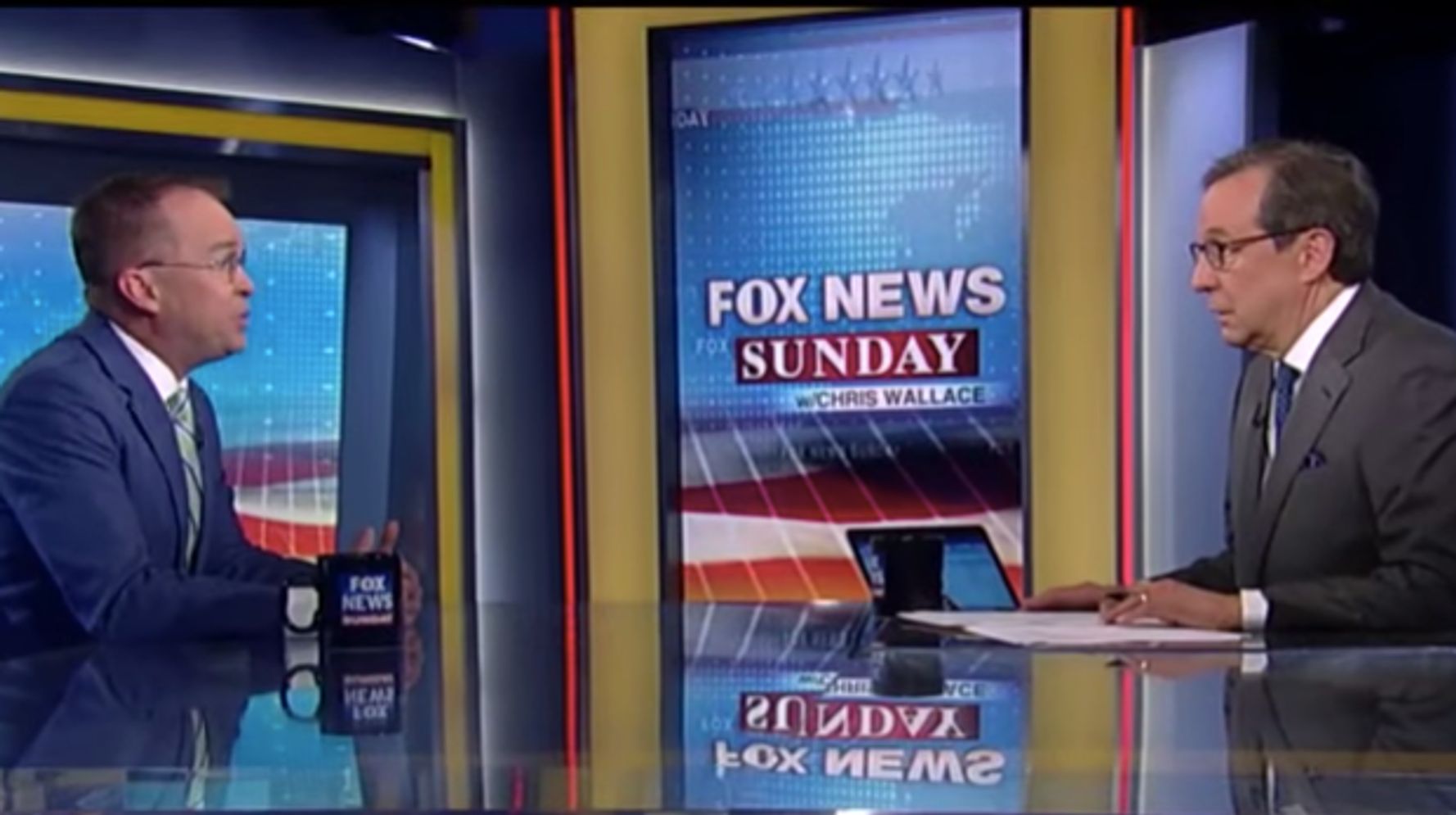 Acting White House chief of staff Mick Mulvaney faced pushback from “Fox News Sunday” host Chris Wallace after he claimed President Donald Trump’s attacks on lawmakers of color have nothing to do with race.

Trump has faced intense backlash since he bashed Rep. Elijah Cummings (D-Md.), who is black, and his majority-black congressional district that includes much of Baltimore on Saturday.

Cummings’ district “is a disgusting, rat and rodent infested mess,” the president tweeted in response to the Maryland lawmaker criticizing inhumane conditions at migrant detention centers along the southern border of the U.S. “No human being would want to live there.”

Trump’s anti-Baltimore Twitter rant came less than two weeks after he wrote that a group of Democratic congresswomen of color known as “the Squad” should “go back” to other countries.

“Nobody objects to the president defending his border policies but this seems, Mick, to be the worst type of racial stereotyping,” Wallace told Mulvaney during their exchange on “Fox News Sunday.” “Is he saying people who live in Baltimore are not human beings?”

Mulvaney adamantly defended Trump, claiming the attacks have “absolutely zero to do with race.”

“You say it has zero to do with race. There is a clear pattern here, Mick,” Wallace pushed back. He explained:

Before his inauguration, the president tweeted about John Lewis, a black congressman … that he should spend time in his “crime-infested” district. Then two weeks ago he goes after these four members of the Squad ― all women of color ― and says they should go back to the “crime-infested countries from which they come.” Then he talks about Elijah Cummings and says his district is “rat and rodent infested.” Infested. It sounds like vermin. It sounds subhuman. And these are all … members of Congress who are people of color.

But Mulvaney shrugged off the pattern outlined by Wallace.

“I think you’re spending way too much time reading between the lines,” he said, adding that he believes Trump would attack Rep. Adam Schiff (D-Calif.) in the same way if he had attacked border conditions as Cummings had.

“It has zero to do with the fact that Adam is Jewish and everything to do with Adam would just be wrong if he were saying that,” Mulvaney said. “This is what the president does. He fights and he’s not wrong to do so.”

Wallace continued to press Mulvaney: “You’re completely comfortable with him saying that this is a rodent-infested district and no human being would want to live there? You’re comfortable with that personally?”

Mulvaney appeared to be unfazed by the president attacking an American city and the people who live in it, responding that he believes “it’s fair” to discuss how “the richest state in the nation has abject poverty like that.”

Democrats, Maryland officials and Baltimore residents have condemned Trump’s attacks on Cummings and the city with House Speaker Nancy Pelosi (D-Calif.) denouncing them as racist.

Trump fired back at Pelosi in a series of tweets Sunday, claiming Democrats were simply playing the “Race Card” and that the House speaker’s district in San Francisco is “failing badly.”