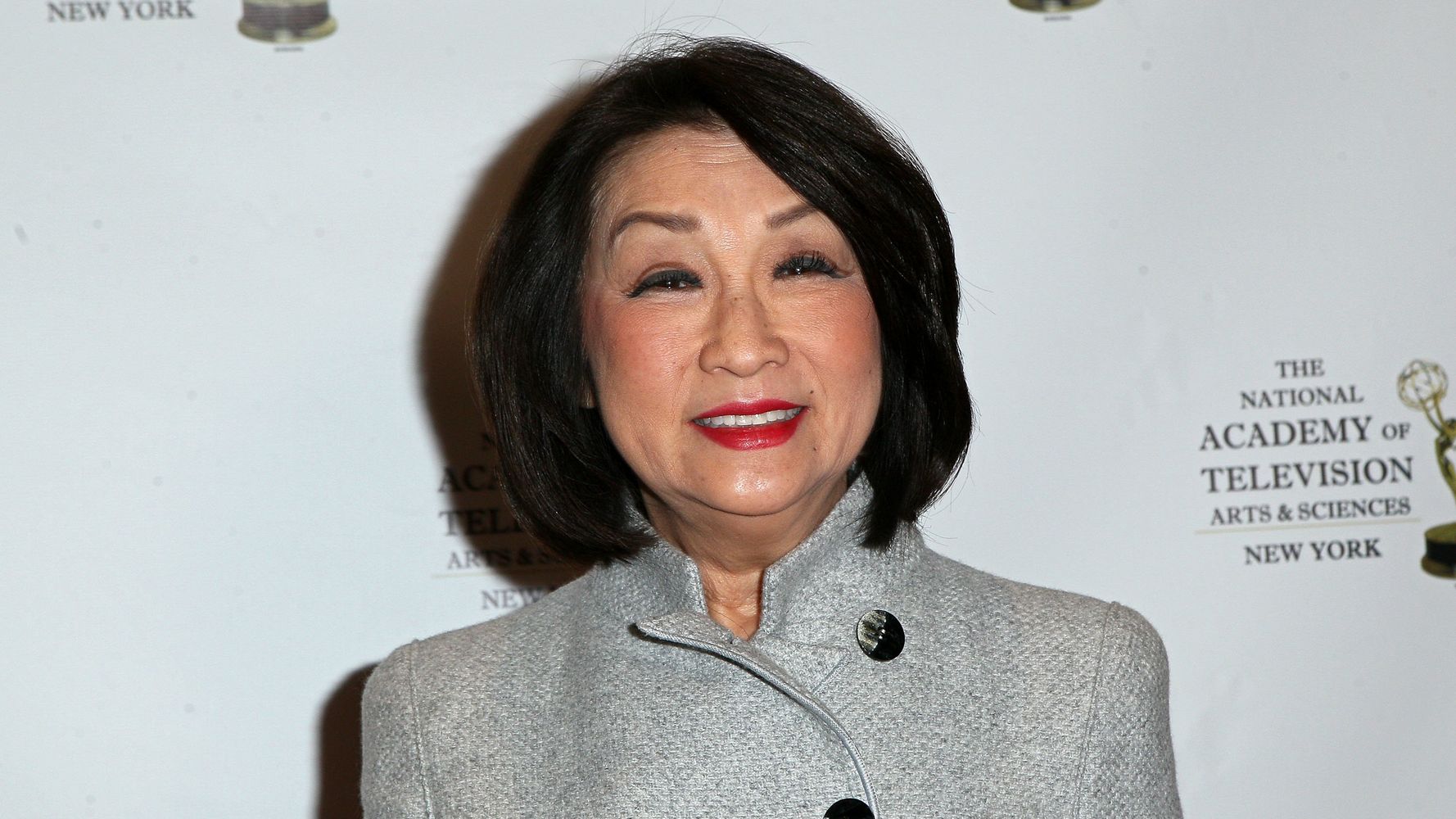 The special guest on this week’s episode of “Fresh Off the Boat” ought to make headlines.

On the show, Chung calls out local newscasters Gus and Mey-Mey ― played by Ken Marino and Kathleen Perkins ― for failing to cover the Lunar New Year. The holiday is celebrated across several Asian cultures and falls on Feb. 16 in 2018.

Calling out the lack of representation in the media — badass, right?

Chung joins the many decade-appropriate icons who’ve made appearances on the series, which is set in the ’90s, including Pat Sajak, Vanna White, Michael Bolton and Nancy Kerrigan.

The former newscaster’s appearance isn’t the only reason why the episode, entitled “Ride the Tiger,” is significant.

About half the dialogue is in Mandarin, something rarely seen in U.S. media.

Episode writer Jeff Chiang penned a piece in The Hollywood Reporter about the decision to feature the language so prominently.

He explained that growing up he rarely saw Asian-Americans like himself on TV— but the honest, specific life experiences portrayed on sitcoms made the shows relatable and personal for him.

With the “Fresh Off the Boat” episode, Chiang wanted to infuse his own experiences into the show.

“Working as a TV writer, I never thought there would be a primetime network sitcom centered on an Asian family. The fact that I get to work on it and pull so directly from my childhood, being a half-Chinese kid raised in a Mandarin-speaking household, is still hard to wrap my head around,” he wrote. “Our brilliant showrunner, Nahnatchka Khan, always encourages the staff to bring in those personal experiences, and it’s amazing that the specificity of those stories can be found entertaining by a network TV-sized audience, many of whom didn’t grow up in a Chinese household.”

“So, to answer the original question, why did we do an episode that features an entire storyline spoken in Mandarin? Because on a TV show about a Chinese family, we can,” he concluded. “And hopefully people will enjoy it.”

Well, people did enjoy it as fans across social media lauded the show for the use of Mandarin in the storyline. And for some viewers, the detail really struck a chord.

Fresh Off the Boat is doing an episode where they speak Mandarin Chinese through 50% of the time. The only Chinese I ever heard on an American tv show was when the writers mocked Chinese people: the accent, the stereotypes, and the lack of ability to speak English –

– You all don’t know how much it means to me to finally see a show get it right. https://t.co/MlC5deC8HZ

representation like this is important. and the scenes in mandarin were funny! https://t.co/jrMVmxd0Wd