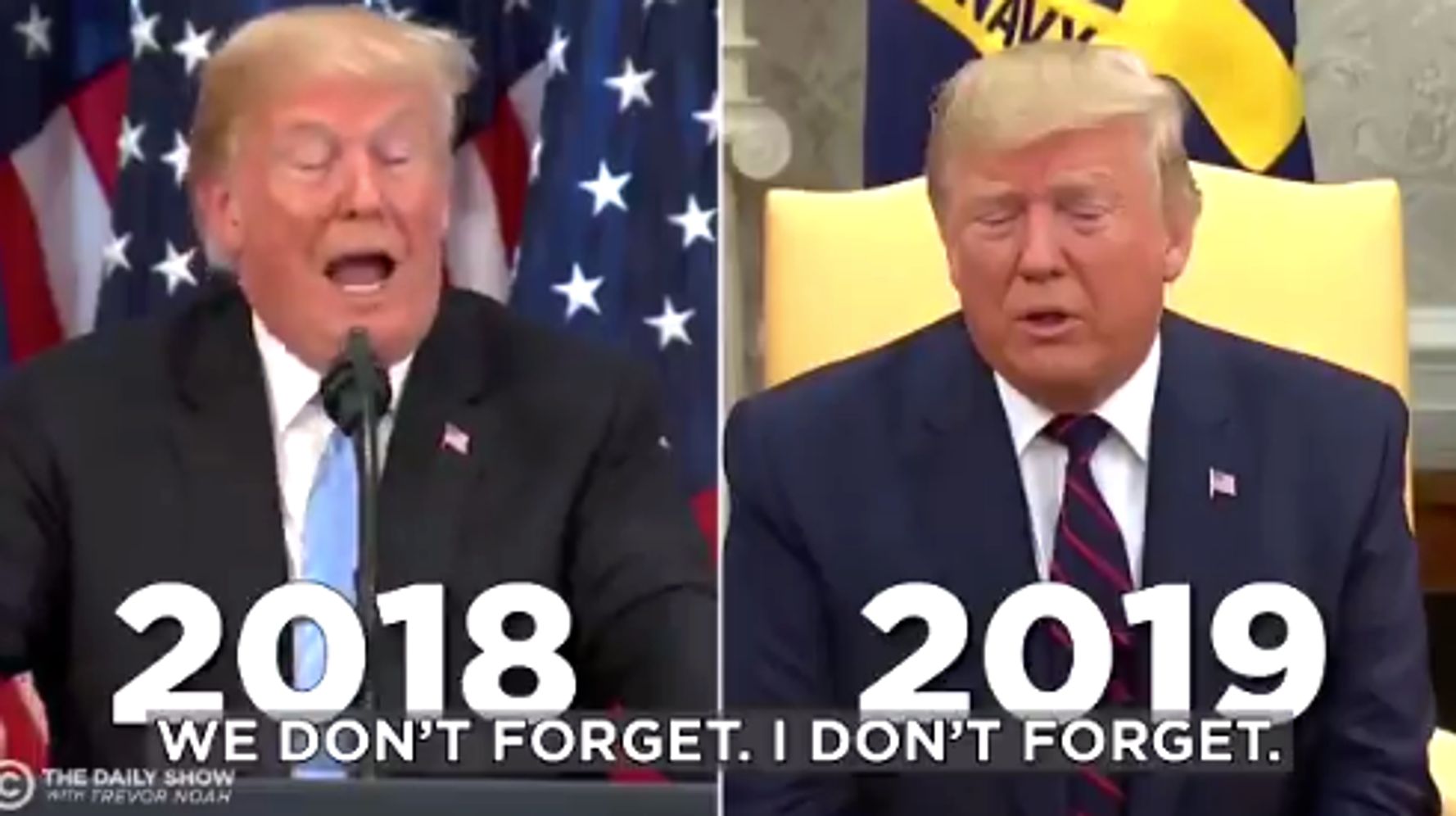 President Donald Trump has done a complete flip-flop in his sentiment about America’s former Kurdish allies in Syria in the space of just over a year.

In a mashup published by Comedy Central’s “The Daily Show,” Trump’s comments from a New York press conference in September 2018 are contrasted with his Wednesday remarks about the Kurds ― who until an Oct. 6 announcement by the president, fought alongside U.S. troops in northern Syria against ISIS forces.

Trump was praised by Kurdish people on Twitter following his comments in 2018. A Kurdish reporter, whom Trump addressed as “Mr. Kurd,” had asked the president what the U.S. relationship with Kurds would be following the defeat of ISIS.

During Wednesday’s press opportunity, the president said that the Kurds were “no angels” and that their fight over land had “nothing to do with us.”

The president’s decision to withdraw U.S. troops and leave the Syrian Kurds to fight a Turkish military offensive alone was met with bipartisan backlash. Trump imposed sanctions Monday against Turkey in an attempt to dissuade them from the assault. However, they were removed Thursday after Turkish President Recep Tayyip Erdogan agreed to a 120-hour pause in fighting while Kurdish forces withdraw and surrender their territory.