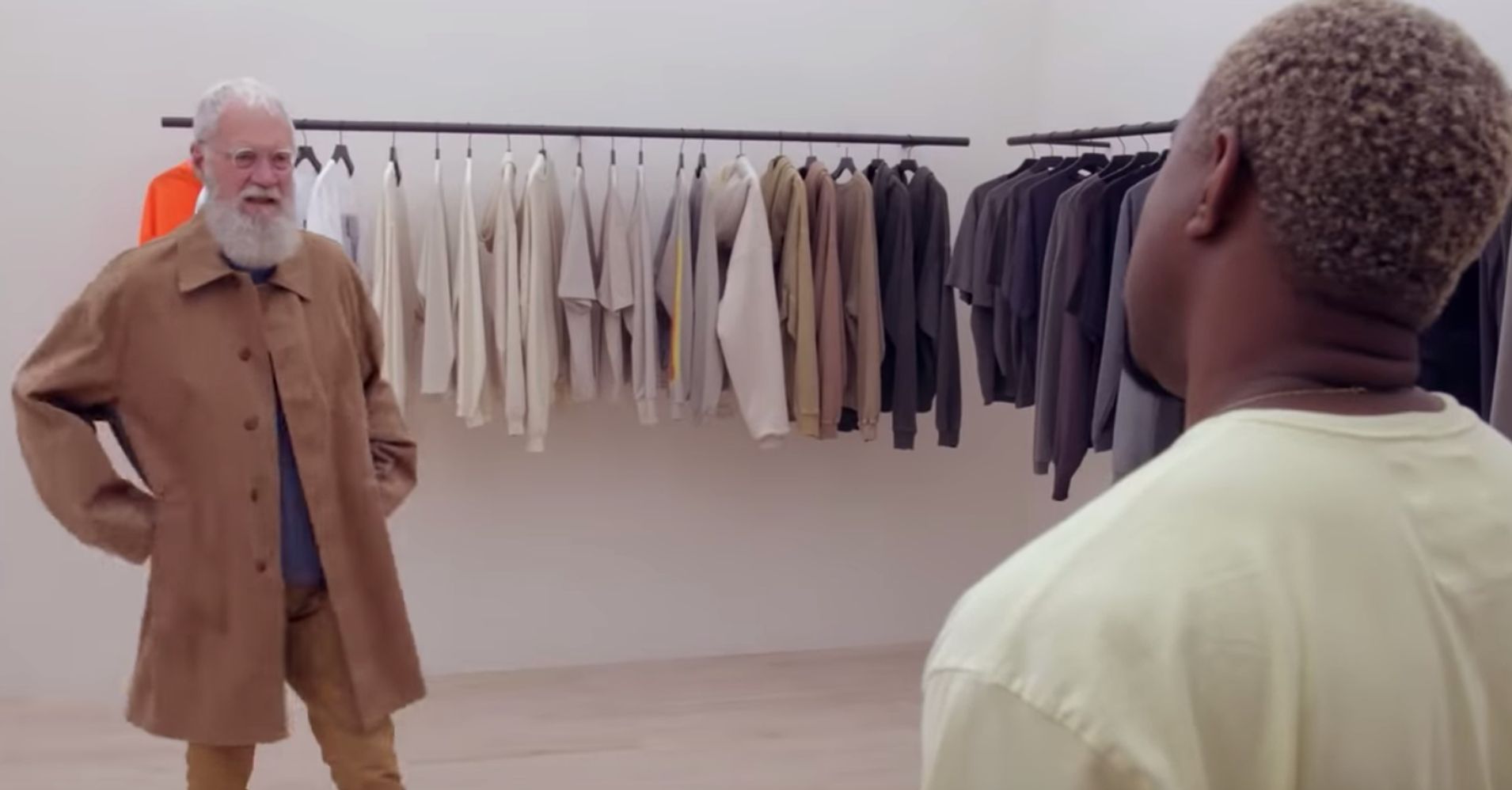 The musician and fashion designer appeared on the bearded former late-night host’s Netflix special, “My Next Guest Needs No Introduction,” which began streaming on May 31. As part of their interview, Letterman got a rare tour of the home he shares with wife Kim Kardashian West, including a look at their mysterious bathroom and of course, a closet full of Yeezy.

West styles Letterman in pieces from his collection under Letterman’s instruction that he doesn’t “want to look like an old guy trying to look cool” but rather a “cool old guy.” And boy, does West deliver.

Letterman ultimately ends up in an oversized coat with a windbreaker and a pair of lace-up boots all in West’s signature neutral tones, after West presents him with a number of options. “It’s like when I used to work at The Gap, bro,” West jokes at one point.

His look even gets the approval of Kim and Kris Jenner, who tell Letterman he looks like a new man and asks West if he’s going to gift Letterman the outfit. “No, we’re paying for it!” Letterman interjects, laughing. “We’re not just here so I can get an outfit.” We wouldn’t blame you if you were, though.

I’m A Stripper, And This Is What I Wear To Work

One Of These Skirts Costs $500 More Than The Other. Here’s The Difference

Every Look Worth Seeing From The Grammys Red Carpet