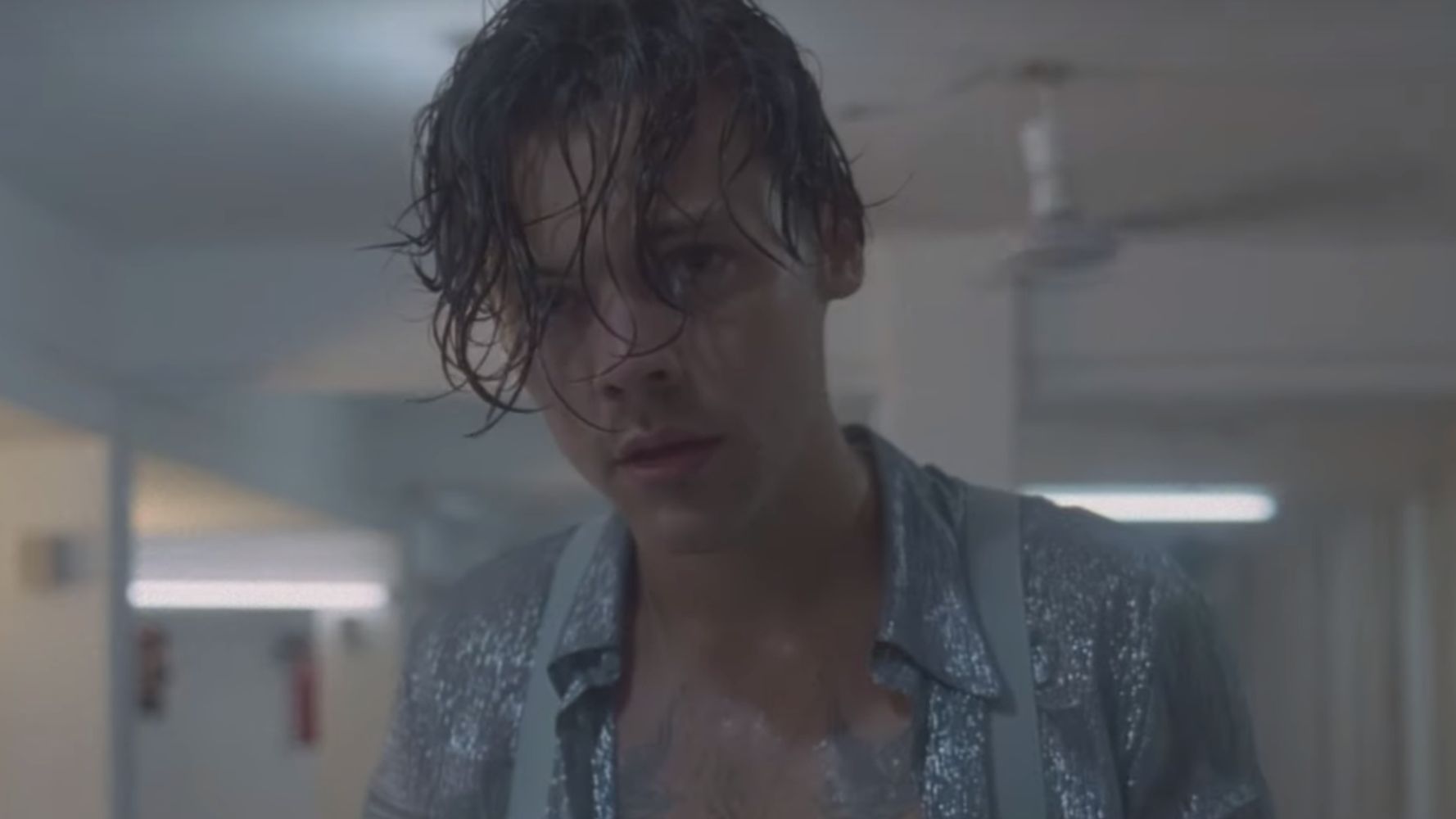 Harry Styles dropped a steamy video on Friday for “Lights Up,” his first single in more than two years ― and fans have a lot of questions.

In an August interview with Rolling Stone, Styles said his new music was “all about having sex and feeling sad,” and to that end, “Lights Up” certainly does not disappoint.

The video follows the pop star as he rides on the back of a motorcycle to a beachside bacchanal. He joins a crowd of sweaty, barely clothed revelers, writhing shirtless as both women and men caress his chiseled torso.

While Styles’ 2017 solo debut album had a 1970s vibe, the soulful “Lights Up” signals a new, R&B-driven direction for the singer. Although the former One Direction star has never publicly identified with any particular label, many fans interpreted “Lights Up” as confirmation of his long-rumored bisexuality.

Some pointed to the song’s lyrics, which hint at embracing one’s true self, as proof. “Lights up and they know who you are,” Styles sings, adding, “I’m not ever going back.”

Others suggested that the song’s release on Oct. 11, which happens to be National Coming Out Day, wasn’t a mere coincidence.

Harry released a video on national coming out day and he’s dancing and grinding up against men and women all sweaty and the song is slow yet sexy. Harry Styles invented big dick energy & that’s final I don’t wanna hear anything else !

The 25-year-old has emerged as an outspoken LGBTQ rights advocate in recent years, and he has appeared in concert with rainbow and transgender pride flags draped over his shoulders.

One of his earlier songs, “Medicine,” also seemed to hint at bisexuality. Though Styles has never released an official version of the track, unprofessionally filmed clips from a 2018 concert in Switzerland appeared to capture him singing, “The boys and the girls are here. I mess around with them, and I’m OK with it.”

Styles has only publicly dated women in the past, and he’s been romantically linked to Taylor Swift and Kendall Jenner.

Since then, however, he’s taken a much less rigid approach. He told The Sun’s Dan Wootton in 2017 that he has “never felt the need” to use a label.

“I don’t feel like it’s something I’ve ever felt like I have to explain about myself,” he said.

But in August, he told Rolling Stone, “I want to make people feel comfortable being whatever they want to be. Maybe at a show you can have a moment of knowing that you’re not alone.”

“So I’m not trying to say, ‘I understand what it’s like,’” he added. “I’m just trying to make people feel included and seen.”

Watch the full “Lights Up” video below: