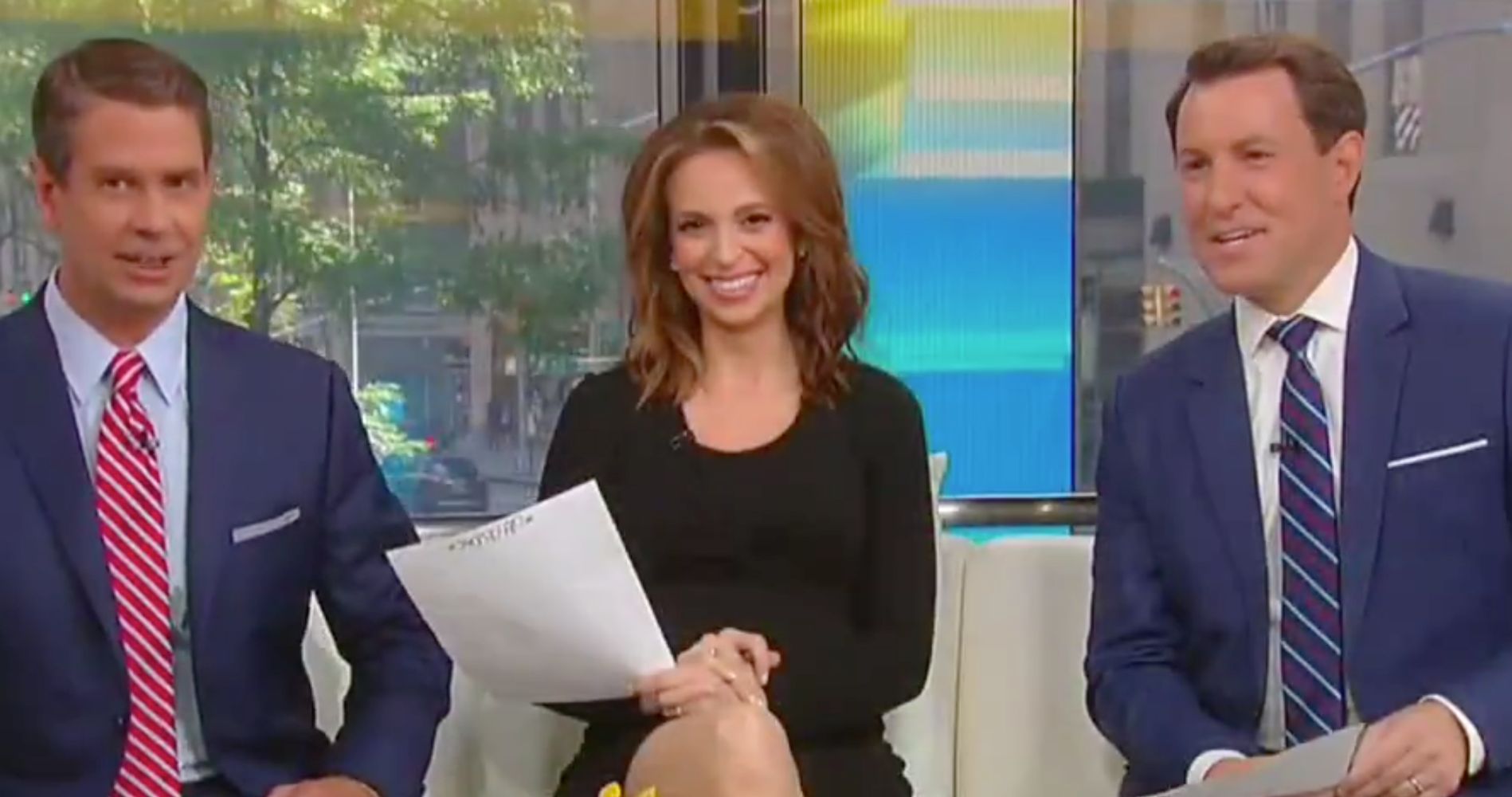 Jedediah Bila, co-host of the weekend edition of “Fox & Friends,” along with “Fox & Friends” correspondent Todd Piro and Fox News correspondent Griff Jenkins, laughed it up over the president’s tweets calling on the congresswomen to “go back” to other countries.

The congresswomen have made headlines in recent weeks for butting heads with House Speaker Nancy Pelosi (D-Calif.), urging Democratic leadership to impeach Trump and criticizing America’s relationship with Israel.

“So interesting to see ‘Progressive’ Democrat Congresswomen, who originally came from other countries whose government are a complete and total catastrophe, the worst, most corrupt and inept anywhere in the world … viciously telling the people of the United States, the greatest and most powerful Nation on earth, how our government is to be run,” Trump tweeted Sunday.

He continued: “Why don’t they go back and help fix the totally broken and crime infested places from which they came. Then come back and show us how … it’s done. … You can’t leave fast enough.”

Omar, who became one of the first Muslim woman elected to Congress along with Tlaib last year, immigrated to the U.S. from Somalia with her family in 1995. Tlaib, a Palestinian-American; Pressley, a black woman; and Ocasio-Cortez, a Latina woman, were all born in the U.S.

Despite the racist and factually inaccurate statements made in Trump’s tweets, the Fox News personalities applauded the president’s remarks.

Piro accused the progressive congresswomen of not taking their jobs seriously and dismissed them as an “Instagram group,” a reference to their prolific and strategic use of social media to raise awareness about their political agendas.

“This is real life,” Piro said. “This isn’t social media, just having fun, trying to, you know, rile people up. This is real life. The words you say have real-life consequences. And I think that needs to be taken into consideration.”

Bila added that she believes Trump’s “making an important point.”

Trump’s “saying if you don’t like what this country stands for you’re not going to change it and take away all these things that Americans value so much,” she said. “Like, if you don’t like it, leave and go set up camp somewhere else.”

Ocasio-Cortez and Omar fired back at Trump hours later.

“You are stoking white nationalism because you are angry that people like us are serving in Congress and fighting against your hate-filled agenda,” Omar tweeted.

This story has been updated to include Omar’s tweet.