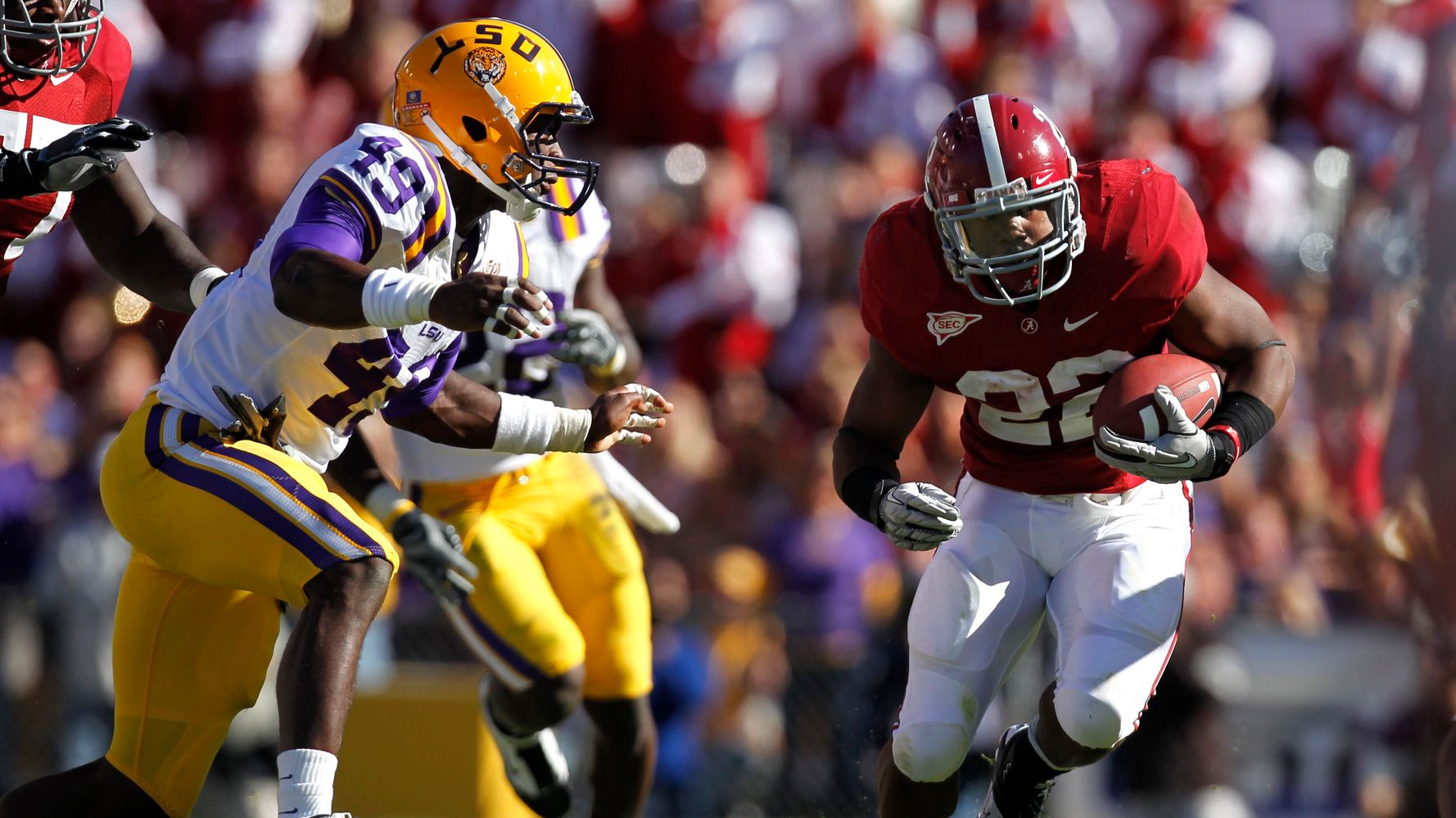 President Donald Trump has been accused of many things ― but dooming a college football team to defeat might be a new one.

Trump attended the big game in Tuscaloosa and received a more welcoming reception than he was given at a recent UFC fight in New York and World Series game in Washington.

But Ingram, now a veteran NFL running back with the Baltimore Ravens, wrote on Twitter that Trump’s appearance sank the home squad. The defeat will likely affect the college playoff picture.

“I’m blaming Trump for this one,” Ingram wrote. “Soon as they showed him at game we had that bad swacky!!”

I’m blaming Trump for this one. Soon as they showed him at game we had that bad swacky!!

But Ingram later conceded that LSU quarterback Joe Burrow (393 passing yards) and running back Clyde Edwards-Helaire (4 touchdowns) had something to with Bama’s defeat as well.

Peter King: Redskins could ‘remake their franchise’ by trading No. 2 pick