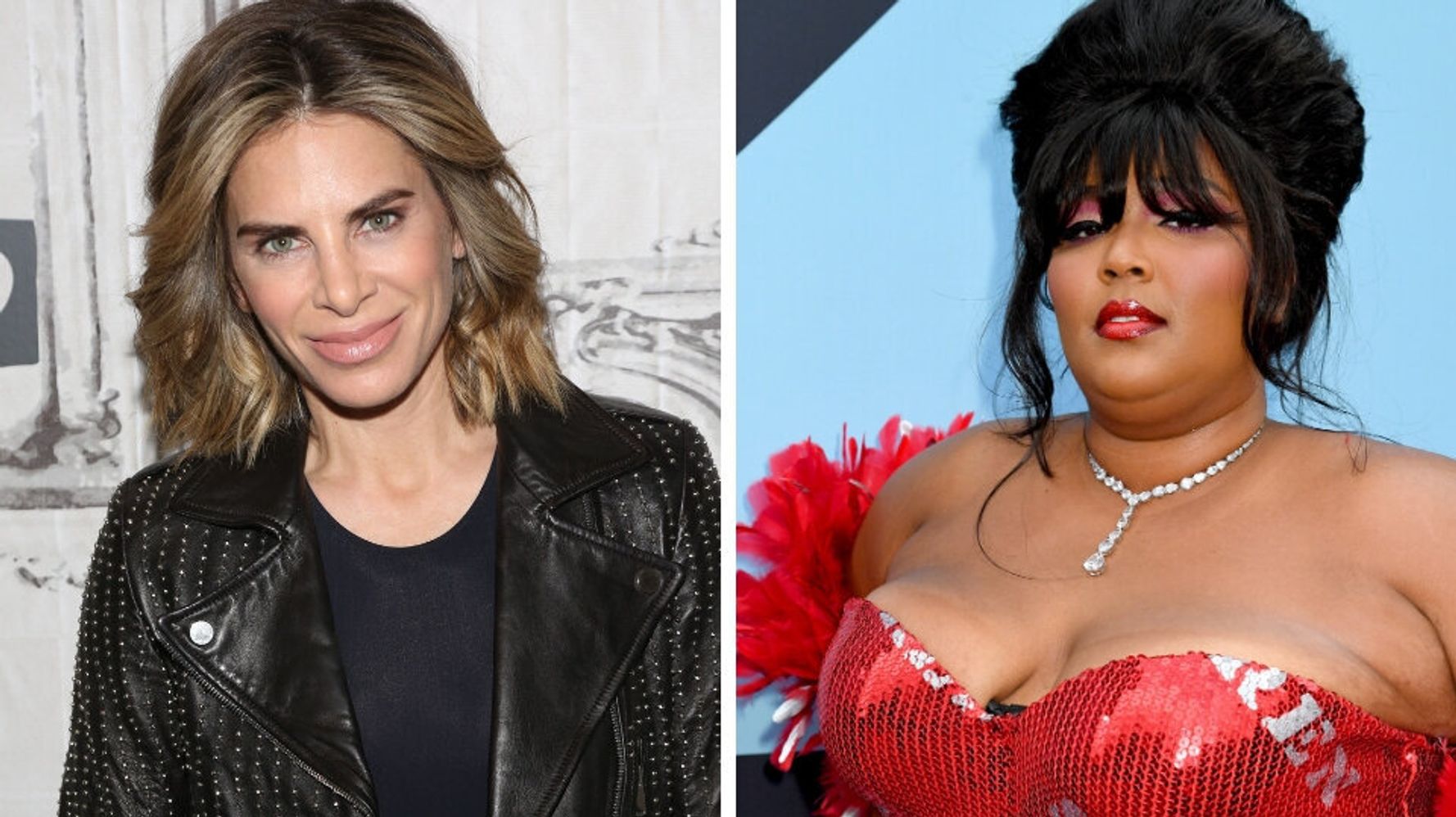 Jillian Michaels is getting backlash for clearly not understanding why so many people love Lizzo precisely for who she is.

The fitness personality and former “Biggest Loser” trainer made a few crude remarks about the Grammy-nominated artist’s body on BuzzFeed’s Twitter show “AM to DM” on Wednesday when co-host (and former HuffPost producer) Alex Berg mentioned she appreciated celebrities like Ashley Graham and Lizzo who preach self-acceptance and celebrate their bodies as they are.

Michaels didn’t stop there. When Berg attempted to counter, she spoke over her and said:

“I’m just being honest. Like, I love her music … but there’s never a moment where I’m like, ‘And I’m so glad that’s she’s overweight!’ … Why is it my job to care about her weight?”

Many people on Twitter were disturbed by Michaels’s comments, calling them outdated and fat-phobic.

People who have incredibly deep-seated self-hatred and have spun it into a “fitness” empire are particularly inclined to say shit like this. Jillian Michaels has successfully projected her body dysmorphia outwards for years and made a ton of cash off it. https://t.co/ui19darO7J

If I had been exposed to more Lizzo and less Jillian Michaels when I was younger, maybe I wouldn’t have spent half my life hating my body. https://t.co/tUs4NYesS5

Jillian Michaels came to prominence torturing fat people on television for entertainment. She is loudly and proudly anti-fat because otherwise she can’t make money. Her living depends on anti-fat bigotry. https://t.co/LHLQlpNoYE

Just gonna leave this here for you @JillianMichaels pic.twitter.com/E5b0C4YXNz

Lizzo spends hours every night singing and playing the flute during intensive dance cardio. Just admit that the only self worth you’ve found for yourself is in your thinness, Jillian, then go to therapy & do the work to love yourself.

The only reason we know who Jillian Michaels is, is because of a reality show where people used incredibly unhealthy practices in order to lose as much weight as possible – not to become the most physically fit or to get the healthiest vitals – in a dangerously short time. +

JM has a lot to lose if people begin demanding we treat all bodies with respect. how come you’re the only one that gets to talk about bodies, J? your outdated, stigmatizing fearmongering is tired.

I don’t really give two shits about Jillian Michaels, but we celebrate Lizzo because Lizzo unapologetically celebrates Lizzo and encourages everyone to celebrate themselves, so Jillian can fuck all the way off to whatever washboard ab mountain of misery she sits atop.

What I was going to say here is that Lizzo has been incredibly important in giving so many of us a possibility model for accepting our bodies as we are and celebrating bodies that are normally ridiculed. Had to restrain myself from defending Lizzo’s honor! https://t.co/UH2k5MulWo

Michaels responded to her critics in a tweet Wednesday evening, stating that she thinks everyone is “beautiful, worthy, and equally deserving” but standing by her comments about weight.

“I also feel strongly that we love ourselves enough to acknowledge there are serious health consequences that come with obesity ― heart disease, diabetes cancer to name only a few,” she wrote.

The New York Times reported in 2016 that the weight loss methods deployed on “The Biggest Loser,” which included intensive dieting and exercise, were not sustainable and that many of the contestants who lost weight on the show regained most of it back.

Michaels, whose 12-season stint on the show helped her launch a fitness empire, has been widely criticized by fitness experts for the harsh weight-loss tactics she used on the show, which included hurling insults and threats as well as seeming to derive joy from watching contestants struggle with extreme exercise.

She was also penalized on the show in 2013 for giving contestants on her team caffeine pills to help them lose more weight without permission from the show’s doctor.

In comments that echo the ones she made about Lizzo’s body, Michaels also expressed to Women’s Health UK last April that she feels as if the world has become too “politically correct” about weight.

“I think we’re politically correct to the point of endangering people,” she said.

“But obesity in itself is not something that should be glamorized,” she added. “But we’ve become so politically correct that no one wants to say it.”

This story has been updated with a statement from Jillian Michaels.

Ayanna Pressley Reveals She Has Alopecia In Poignant Video

Meghan Markle Made Surprise Appearance At Another Vancouver Charity