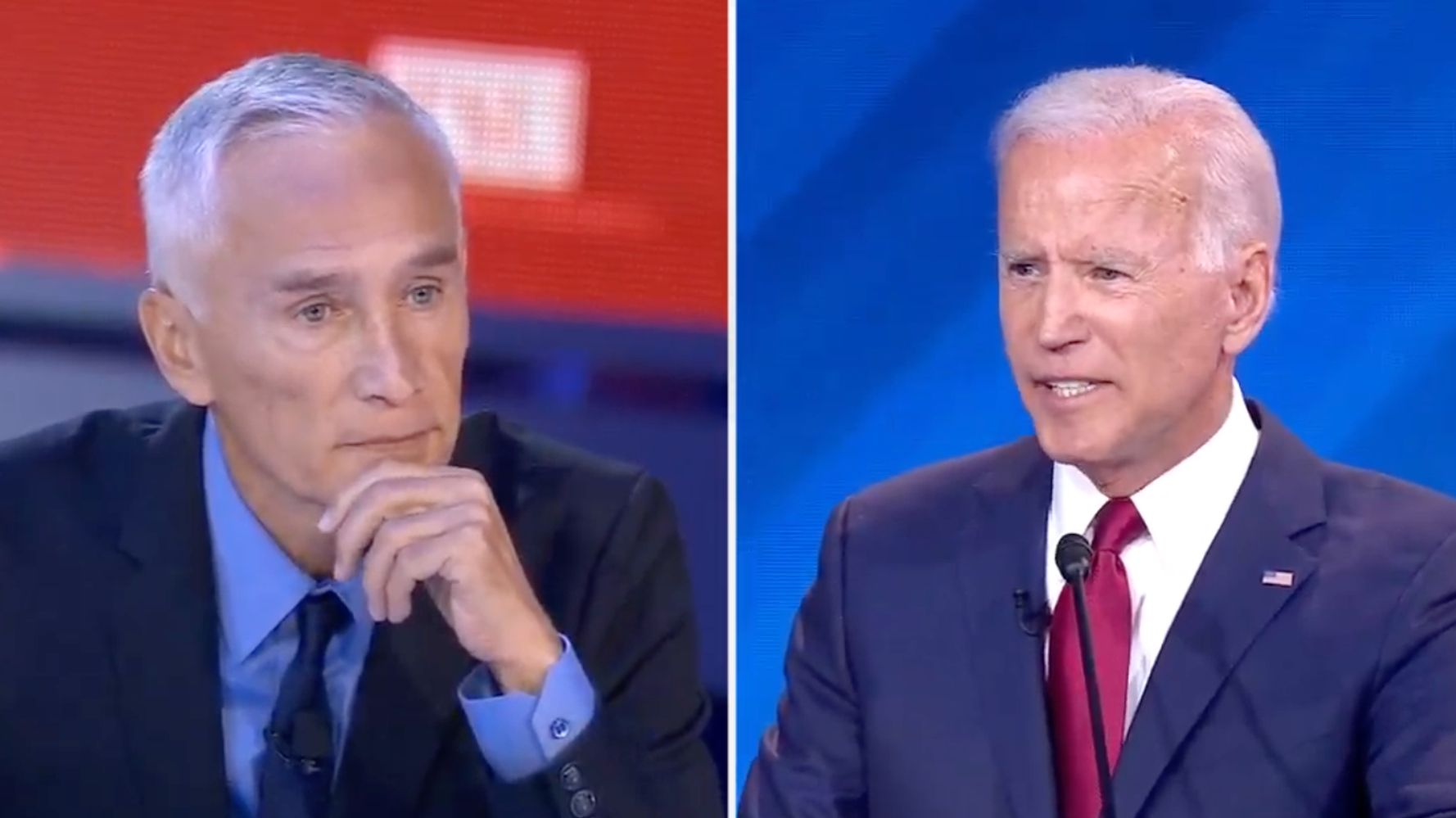 “Let me start with an issue that is causing a lot of division in this country: immigration,” Ramos said partway into the debate, held with 10 presidential contenders at Texas Southern University ― a historically Black college ― on Thursday night.

“You served as vice president in an administration that deported 3 million people ― the most ever in U.S. history. Did you do anything to prevent those deportations?” Ramos asked Biden.

He then pointed out that the former vice president has refused to answer similar questions in past debates. “So let me try once again: Are you prepared to say tonight that you and President Obama made a mistake about deportations? Why should Latinos trust you?”

During Obama and Biden’s two terms, the U.S. government deported a record number of immigrants, causing some immigrants rights advocates to label Obama the  “deporter-in-chief.” Obama later shifted his policies, and his deportation figures dropped.

Biden responded that comparing Obama to Trump was “outrageous,” adding that “we didn’t lock people in cages, we didn’t separate families.”

He pointed to Obama’s Deferred Action for Childhood Arrivals program, which protected some undocumented immigrants who came to the U.S. as children.

“I’m proud to have served with him,” Biden continued, later abruptly changing the subject to the Violence Against Women Act, which he is credited with having spearheaded.

But Ramos didn’t let Biden off the hook, insisting: “Yeah, but you didn’t answer the question: Did you make a mistake with those deportations?”

“The president did the best thing that was able to be done at the time,” Biden responded.

“How about you?” Ramos shot back.

Moderator Jorge Ramos grills Biden about the 3 million deportations that took place during the Obama administration: “Did you make a mistake with those deportations?”

Biden: “The president did the best thing that was able to be done.”#DemDebate pic.twitter.com/akkk71xxFe

Ramos then turned his pointed line of questioning to Castro, who also served in the Obama administration.

“Your party controlled the White House and Congress in 2009 and didn’t pass immigration reform,” Ramos said. “So why should voters trust Democrats now?”

Castro then echoed Biden in arguing that Obama was “very different” from Trump, saying the current president has “a dark heart when it comes to immigrants” and built his political career “scapegoating” them.

“But my problem with Vice President Biden is … every time something good about Barack Obama comes up, he says ’Oh, I was there … every time somebody questions part of the administration that we were both part of, he says, ‘Well, that was the president,’” Castro said.

Castro noted that he was the first candidate to put forward a comprehensive immigration plan in April and added that he would not be willing to give up DACA or other protections for immigrants to pass a compromise bill with Republicans on immigration.

At the start of the debate, Ramos had powerfully kicked off the night by welcoming the Latinx community and speaking in Spanish: “En este país, también se habla español,” he said ― or: “In this country, we also speak Spanish.”

He then mentioned that this is a hard time for Latinos in Texas and beyond after the mass shooting in El Paso last month. The shooter had posted a racist, anti-immigrant manifesto railing against a “Hispanic invasion” of the state.

HuffPost Her Stories: We’ve Been Taking J.Lo For Granted