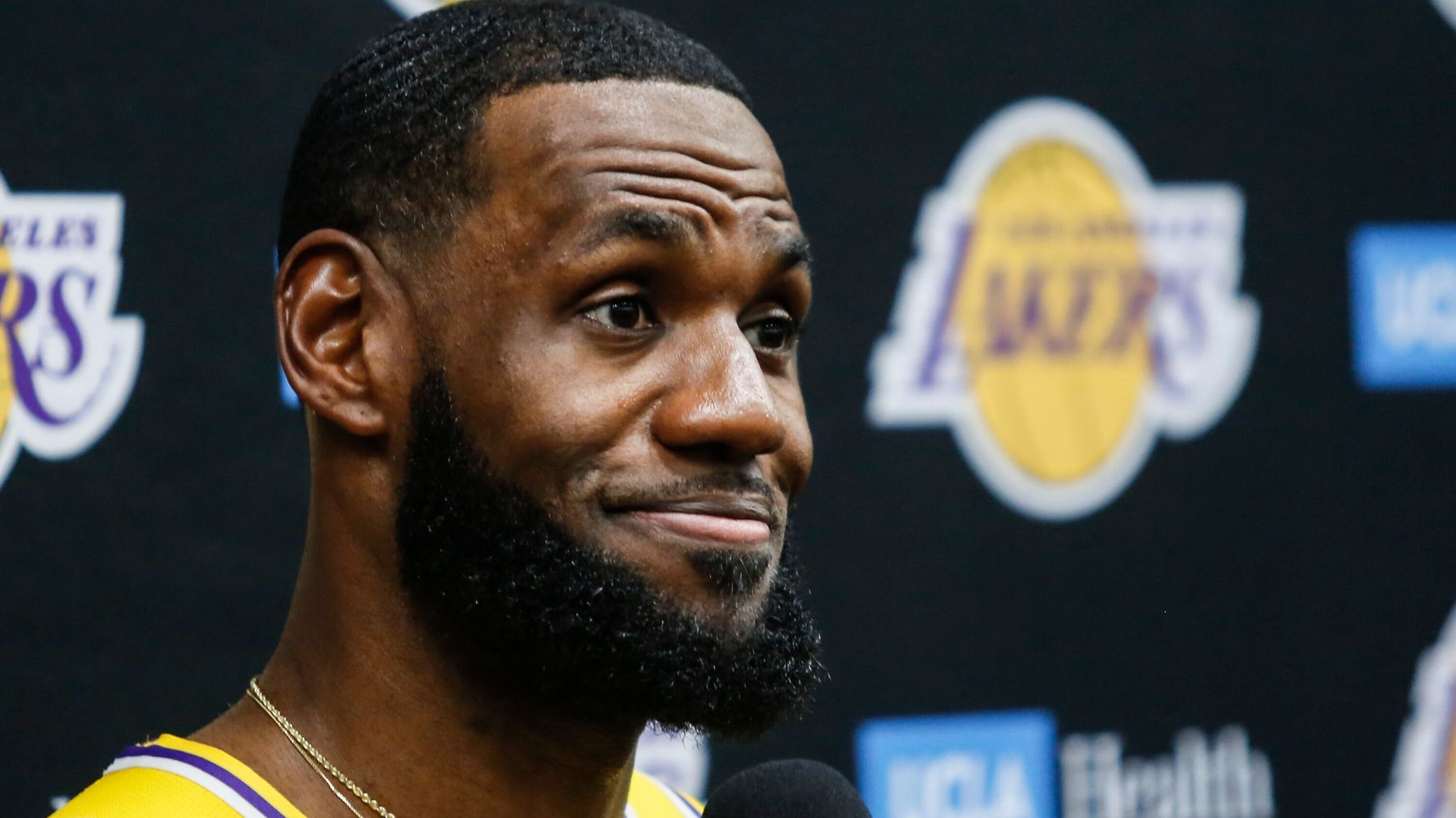 “I don’t want to get into a word or sentence feud with Daryl Morey, but I believe he wasn’t educated on the situation at hand and he spoke,” James said before a preseason game Monday. “And so many people could have been harmed not only financially, physically, emotionally, spiritually.”

His comments come less than two weeks after Morey tweeted an image captioned: “Fight For Freedom. Stand With Hong Kong.” He quickly deleted it and apologized, saying he “did not intend my tweet to cause any offense to Rockets fans and friends of mine in China.”

However, backlash toward Morey and the NBA has continued. Chinese fans and the team’s partners in Beijing have expressed outrage at the NBA executive for backing the Chinese-ruled region, where protesters have for months been holding pro-democracy demonstrations that have led to violent clashes with police.

Meanwhile, others, including a bipartisan group of lawmakers, have bashed the NBA for caving to China rather than defending freedom of speech.

.@KingJames on if @dmorey should be reprimanded for his tweet:

James later clarified in a tweet that he was not commenting on Morey’s tweet itself ― or “the substance” of the tweet ― but rather on the coach’s act of tweeting something political without thinking about the consequences.

“I believe nobody stopped and considered what would happen,” James said in a two-part tweet. “Could have waited a week to send it… I do not believe there was any consideration for the consequences and ramifications of the tweet.”

My team and this league just went through a difficult week. I think people need to understand what a tweet or statement can do to others. And I believe nobody stopped and considered what would happen. Could have waited a week to send it.

Let me clear up the confusion. I do not believe there was any consideration for the consequences and ramifications of the tweet. I’m not discussing the substance. Others can talk About that.

When asked by reporters about Morey’s tweet before the game, James said it’s important for players to “just be careful what we tweet and say and we do, even though, yes, we do have freedom of speech, but there can be a lot of negative that comes with that, too.”

After a video of James’ comments surfaced on social media, many criticized the player for his take.

Always been a Lebron fan but he’s off on this one. pic.twitter.com/9v5w4Q3vwP

I’m pretty sure LeBron just undid four years of takes in an hour.

Having just been in Hong Kong – on the streets & with the protestors – this kind of garbage is hard to take. LeBron, are YOU educated on “the situation”? Why don’t you go to Hong Kong? Why don’t you meet the people there risking their lives for their most basic liberties https://t.co/KvphH9RiAl

“News flash: people ARE being harmed – shot, beaten, gassed – right now in Hong Kong. By China,” Hawley added. “By the Communist Party the NBA is so eager to appease.”

This statement is unbelievable. “So many people could have been harmed”? By Daryl Morey daring to express sympathy for democracy? News flash: people ARE being harmed – shot, beaten, gassed – right now in Hong Kong. By China. By the Communist Party the NBA is so eager to appease

James reportedly raised concerns regarding how the players should handle questions while playing overseas in a meeting with the Lakers, the Brooklyn Nets and Silver last week.

According to The Athletic, which first reported news of the meeting, James expressed that “he believed that Silver and the NBA needed to explain and articulate the situation first, before the players would have to.”

Many in the NBA, including Golden State star Stephen Curry and his coach Steve Kerr, have been reluctant to voice their thoughts on the situation amid escalating tension between the NBA and China.

The Patriots only have one option

Cal heads to Corvallis to battle the Beavers