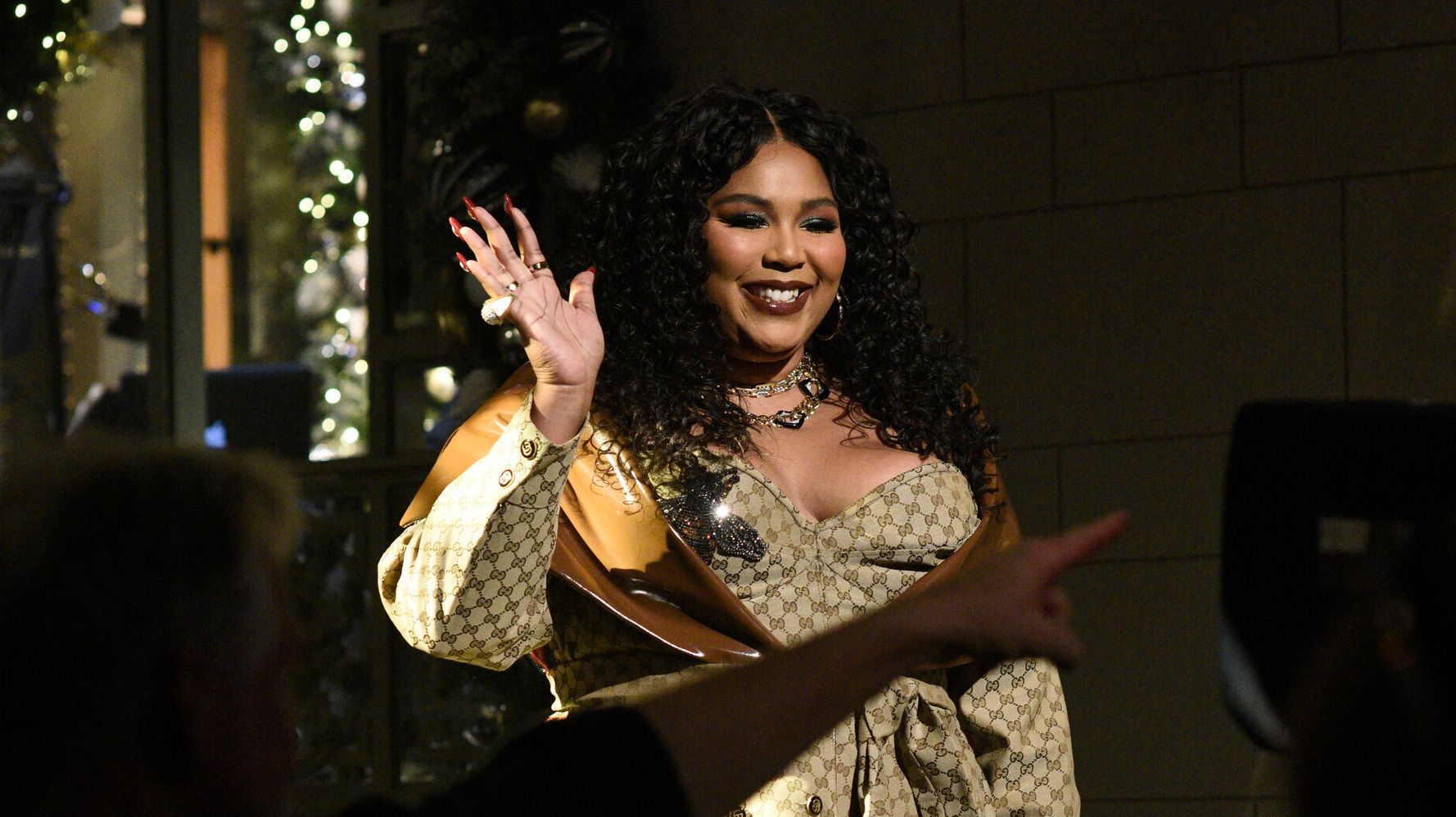 Lizzo tweeted an inspiring message Sunday about her career come-up, a day after the Grammy-nominated singer made her musical debut on “Saturday Night Live.”

The “Cuz I Love You” singer, rapper and classically trained flutist tweeted two photos of herself ― the first of her wearing a green Lady Liberty costume and red sash in front of a strip mall, and the second of her in a black dress with a crown and torch while posing as Lady Liberty for her “SNL” bumper photo.

“On the left was when I worked for liberty taxes, as a sign spinner… on the right is my @nbcsnl debut,” tweeted the artist, who has been performing and releasing music for years. “Don’t stop.. We need you. Your time is coming.”

On the left was when I worked for liberty taxes, as a sign spinner… on the right is my @nbcsnl debut.

Don’t stop.. we need you. Your time is coming. pic.twitter.com/cPnoCd6K6Q

Lizzo ― whose real name is Melissa Jefferson ― gave crowd-pleasing performances Saturday as her first appearance on “SNL,” singing her hit songs “Good as Hell” and “Truth Hurts.” She appeared on a significant episode of the iconic sketch show, with former cast member and comedian Eddie Murphy hosting.

The pop star was nominated last month for eight Grammy awards ― the most 2020 Grammy nods of any artist. Her nominations include best new artist, record of the year and song of the year for “Truth Hurts,” and album of the year for “Cuz I Love You.” She was also named Time’s “Entertainer of the Year” this month, ’cause she’s good as hell.

Stereo Dawn’s New Song Is Called ‘Bad Idea,’ But This Indie Pop Duo Is Worth Your Time