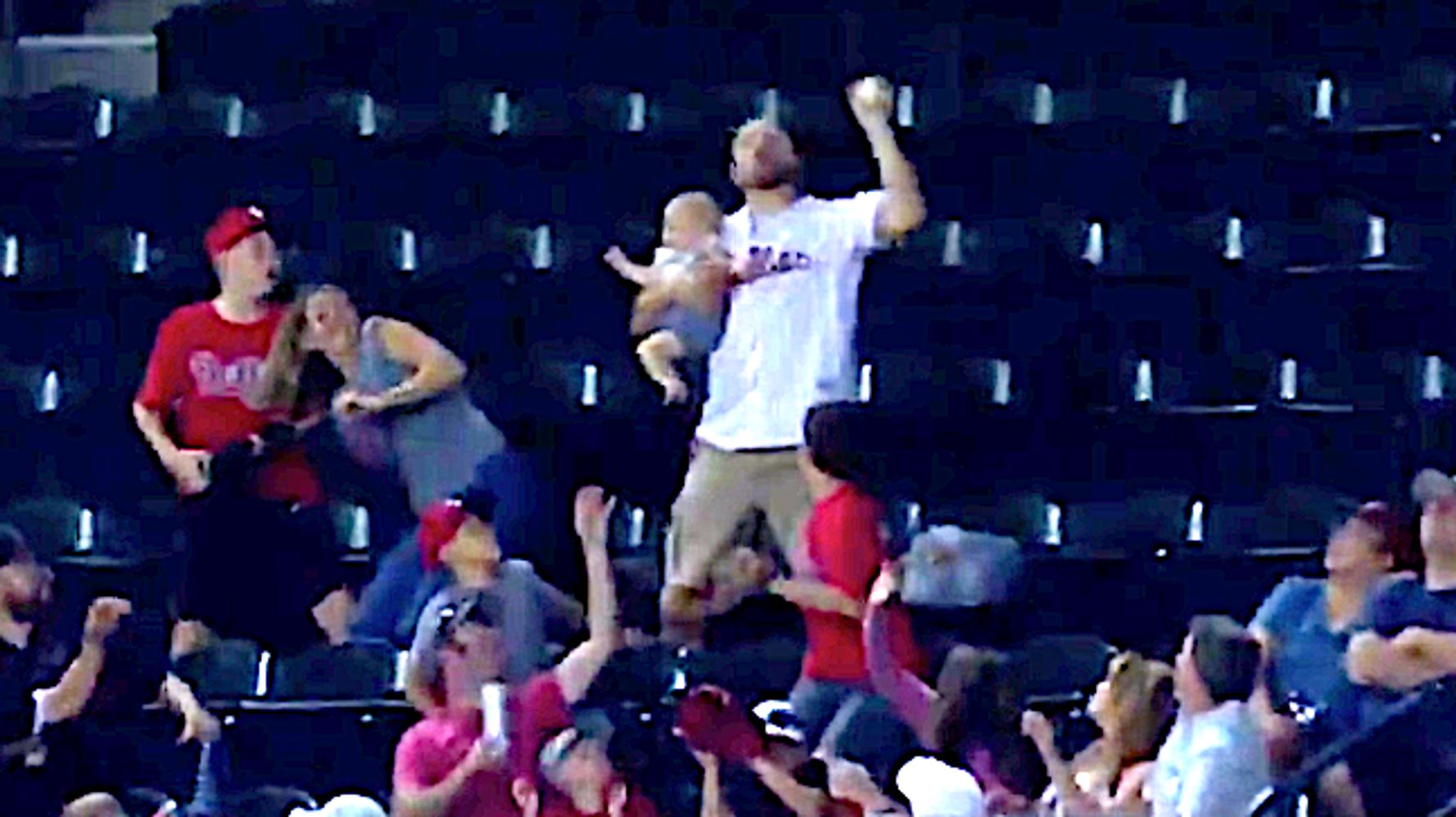 A man caught a foul ball with one hand while holding his baby in the other arm during a Philadelphia Phillies-Arizona Diamondbacks game in Phoenix on Wednesday, according to reports.

The dad, who has not been identified by name in several major news reports, was wearing a Phillies jersey at the time ― so extra props to him for making the play in enemy territory.

The Phillies broadcast team eventually interviewed the fan, who revealed that he played baseball in high school and college, USA Today reported.

While we’re glad his catch went smoothly, we just want to remind fans out there that such attempts can go wrong. Like this one: