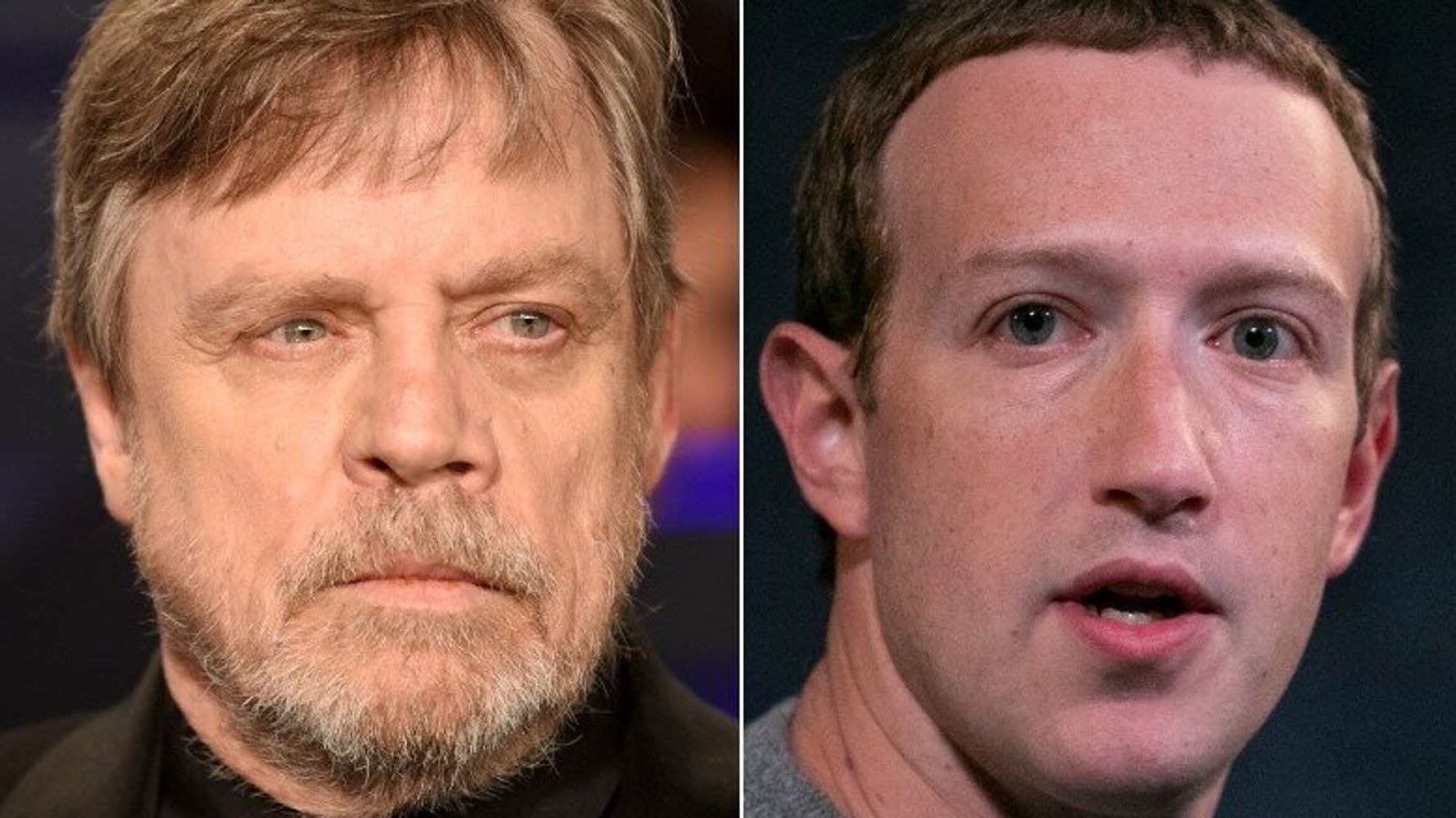 The “Star Wars” actor deleted his account on the social media platform to protest its decision to continue allowing political ads containing lies. He also took a swipe at the company’s billionaire CEO Mark Zuckerberg in the process.

Hamill tweeted Sunday he was “so disappointed” Zuckerberg “values profit more than truthfulness.” “I know this is a big ‘Who Cares?’ for the world at large, but I’ll sleep better at night.”

Hamill also used the hashtag #PatriotismOverProfits and two emoji that appeared to indicate loyalty to the U.S. flag is greater than money. But he used an emoji of the Malaysian flag. Hamill corrected himself in a second post:

Hamill’s tweet was well received among many of his fans, including bestselling “The Cartel” author Don Winslow:

I deleted mine a year ago. Best decision ever.

Facebook, pay attention. You’ve lost the man who played Luke Skywalker. Luke Skywalker no longer uses your platform. The only thing worse than that is maybe Santa Claus telling you to feck off. Might be time to rethink things.

Hamill’s public stance against Facebook follows British actor and comedian Sacha Baron Cohen’s scorching speech against the platform at an Anti-Defamation League summit on anti-Semitism and hate in November. Cohen called for “a fundamental rethink of social media and how it spreads hate, conspiracies and lies.”

What Is A Savage Burn? Mike Bloomberg Torched By ‘Jeopardy’ Great Ken Jennings.