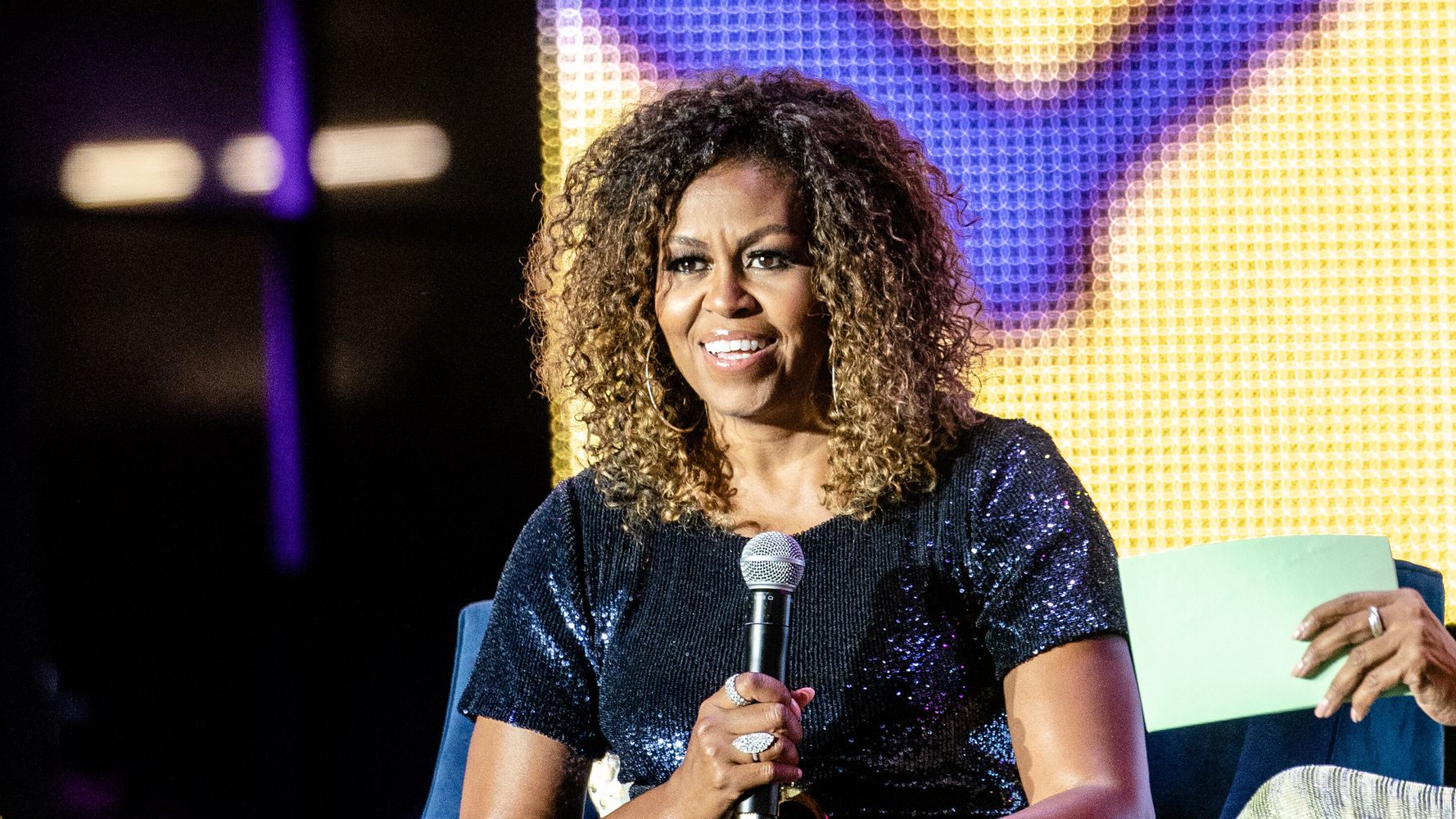 Michelle Obama celebrated a Baltimore step team on Twitter, hours after President Donald Trump unleashed an attack on Rep. Elijah Cummings (D-Md.) and his majority-black Baltimore district in a series of tweets on Saturday.

The former first lady shared on Twitter a 2017 video of herself with the Lethal Ladies step team from Baltimore.

“On #NationalDanceDay, I’m shouting out the Lethal Ladies, a Baltimore STEP team who I saw perform back in 2017,” Obama tweeted. “I’m so proud of you all ― and everyone who’s dancing today!”

Obama did not mention Trump or his remarks about Baltimore in her tweet, but her post was published on Saturday some time after the president targeted Cummings, calling him a “brutal bully,” and his district, Maryland’s 7th Congressional District, a “very dangerous and filthy place.” He also referred to the district as “rat and rodent infested.”

On #NationalDanceDay, I’m shouting out the Lethal Ladies, a Baltimore STEP team who I saw perform back in 2017. I’m so proud of you all—and everyone who’s dancing today! pic.twitter.com/U15Be9wSMs

Trump’s recent attack on Cummings, who heads the House Oversight and Reform Committee, appears to be in response to the congressman’s sharp criticism of the conditions of migrant detention facilities at the southern U.S. border.

Everything Donald Trump knows about Rep. Elijah Cummings and his Baltimore congressional district comes from the Fox & Friends segment he just watched. pic.twitter.com/Fy4RmkD5Pz

Trump’s Twitter rant, in which he charged that “no human being would want to live” in Cummings’ district, was swiftly condemned and widely labeled as racist on Saturday.

Sen. Elizabeth Warren (D-Mass.) called the president’s remarks “ugly and racist” on Twitter. Rep. Barbara Lee (D-Calif.) called Trump’s remarks ― which came weeks after he directed four congresswomen of color to “go back and help fix the totally broken and crime infested places from which they came” ― “another racist attack.”

It’s completely unacceptable for the political leader of our country to denigrate a vibrant American City like Baltimore, and to viciously attack U.S. Representative Elijah Cummings a patriot and a hero. pic.twitter.com/TJdbST6Md9

CNN anchor Victor Blackwell gave an emotional response to Trump’s tweets, noting, “There are challenges, no doubt, but people are proud of their community.”

Cummings also responded to Trump’s remarks, by rejecting the president’s accusations surrounding the congressman’s commitment to his district.

“Mr. President, I go home to my district daily. Each morning, I wake up, and I go and fight for my neighbors,” he wrote. “It is my constitutional duty to conduct oversight of the Executive Branch. But, it is my moral duty to fight for my constituents.”

Earlier this month, Obama praised America’s diversity on Twitter, days after Trump made his “go back” remarks about Reps. Alexandria Ocasio-Cortez of New York, Ilhan Omar of Minnesota, Ayanna Pressley of Massachusetts and Rashida Tlaib of Michigan.

“We must remember it’s not my America or your America,” Obama wrote. “It’s our America.”

What truly makes our country great is its diversity. I’ve seen that beauty in so many ways over the years. Whether we are born here or seek refuge here, there’s a place for us all. We must remember it’s not my America or your America. It’s our America.