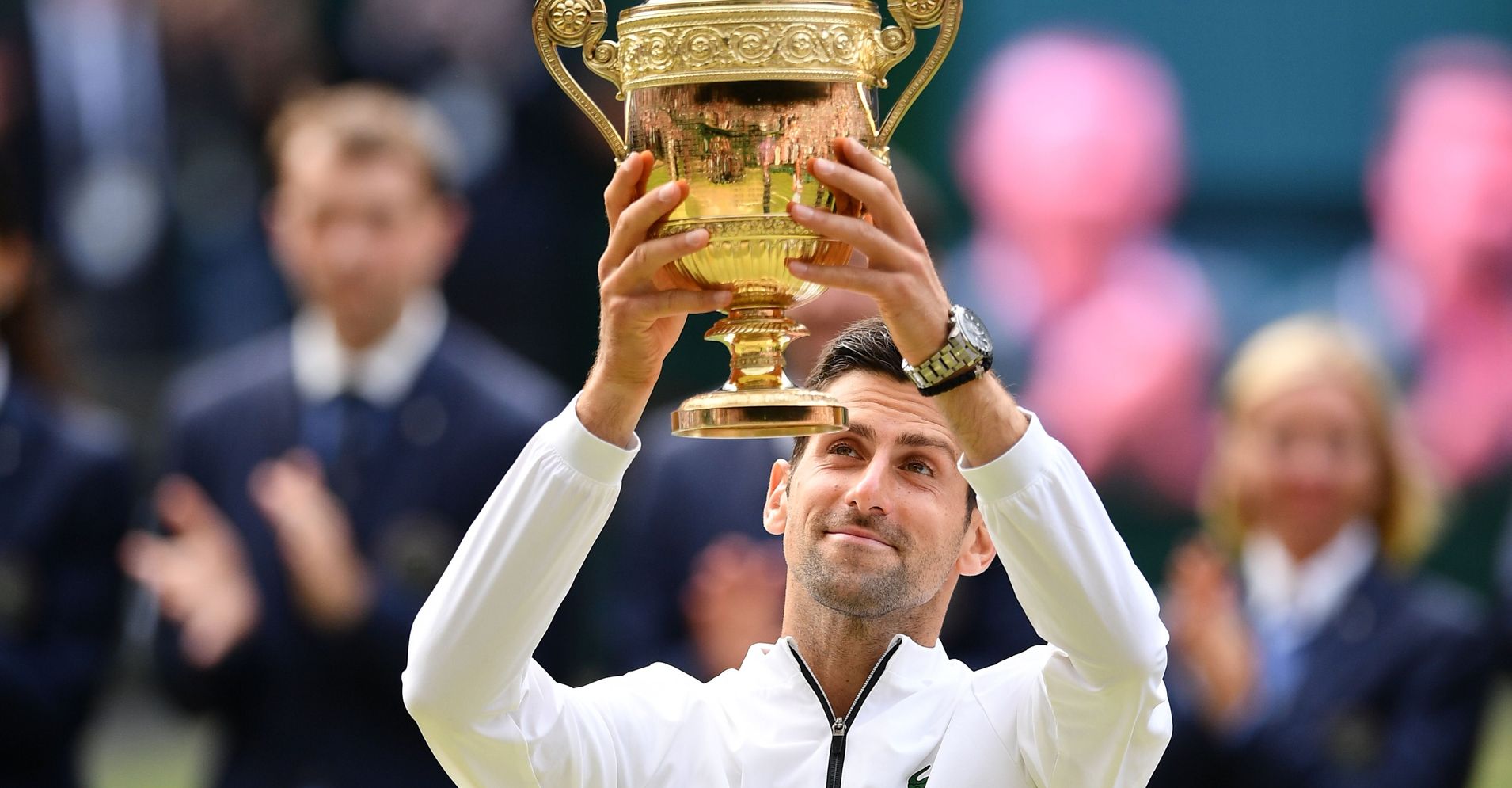 WIMBLEDON, England (AP) — Novak Djokovic became the first man in 71 years to win Wimbledon after facing match points in the final, coming back to beat Roger Federer in an unprecedented fifth-set tiebreaker Sunday.

This triumph also earned Djokovic his 16th Grand Slam trophy, moving him closer to the only men ahead of him in tennis history: Federer with 20, and Rafael Nadal with 18.

Federer has ruled grass courts since the early 2000s; he has won Wimbledon eight times dating to 2003, and this was his record 12th appearance in the title match. But Djokovic is now 3-0 against Federer in finals at the place and 4-0 against him in five-setters.

This one was unlike any other, though.

That’s because, while it was reminiscent of Federer’s 16-14 fifth-set victory over Andy Roddick in the 2009 Wimbledon final, that score is no longer possible: The All England Club altered its rule this year to do away with never-ending matches and institute a tiebreaker at 12-all in a deciding set.

At one point during the final set Sunday, Djokovic asked chair umpire Damian Steiner whether the change called for the tiebreaker at 10-10. Later, when Djokovic held for an 11-10 lead, it was Steiner who got confused, beginning to call out the score as 11-9, before catching himself.

Federer and Djokovic pushed each other to the limit in what became as much a test of focus and stamina as it was about skill. It is destined to be discussed for years.

“I’ll try to forget,” joked Federer, who is less than a month shy of his 38th birthday and would have been the oldest man to win a Grand Slam title in the professional era.

First, it was Federer who kept falling behind, then coming back. He twice trailed by a set. He was down a break early in the crucible of the fifth. And, then, after seemingly gaining the upper hand, standing a single point from winning while serving for the victory at 8-7, 40-15, he faltered.

He sent a forehand wide on the first championship point, and Djokovic produced a cross-court forehand winner on the next. Soon enough, the 32-year-old Djokovic had broken back and on they would play.

Djokovic has done this to Federer before. In the semifinals of the 2010 and 2011 U.S. Opens, Djokovic erased two match points before coming back to win each time.