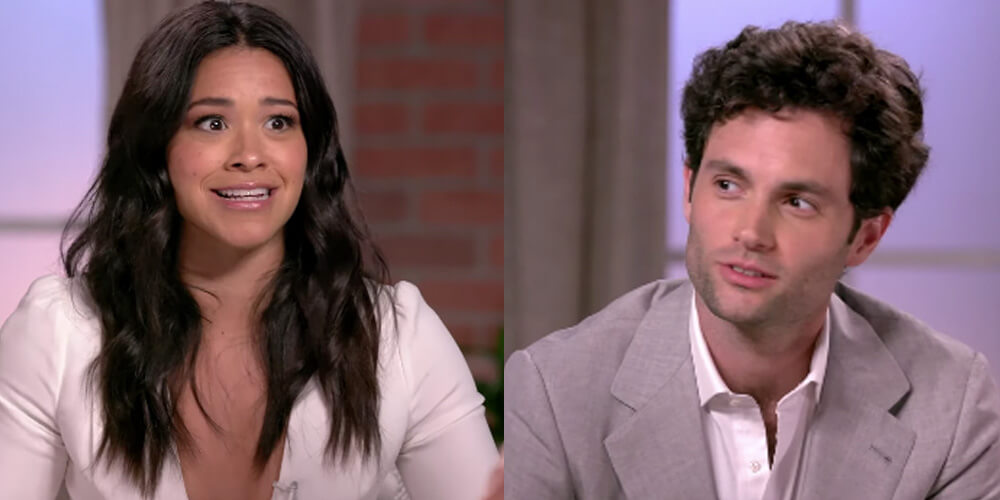 An interview between Gina Rodriguez and Penn Badgley has resurfaced, proving that, sometimes, even celebrities mess up while talking to other celebrities.

A four-second clip of the interview, which was part of Variety’s Actors on Actors series and originally hit the internet earlier this year, has been making the rounds on Twitter. In it, Rodriguez tries to compliment Badgley by telling him she “watched Gossip Girls like crazy.”

Of course, the only problem is, the show was actually called Gossip Girl. Singular. Because there was only one Gossip Girl.

While someone else may have let the mistake slip by, Badgley, who ultimately was Gossip Girl in one of the most confusing twists of teen television, was quick to correct the Jane the Virgin star.

“Why is Penn Badgley correcting Gina Rodriguez so funny you can tell he’d call her out on all her bullshit if given the opportunity,” Twitter user @nickjcss wrote alongside the clip.

WHY IS PENN BADGLEY CORRECTING GINA RODRIGUEZ SO FUNNY YOU CAN TELL HE’D CALL HER OUT ON ALL HER BULLSHIT IF GIVEN THE OPPORTUNITY pic.twitter.com/2620PvwKR5

The clip quickly went viral, as fans of Gossip Girl and fans of awkward interviews alike jumped on the moment.

she’s speaking to Mr. Gossip Girl himself he BETTER check her

He was like, “Give me that fuckin’ “s” immediately, sus!” pic.twitter.com/TWUroWYqAD

First thing I peeped, he was not feeling that shit at all 💀

Rodriguez has had her share of controversies this year, from getting called out repeatedly for using the N-word to drawing accusations of both anti-Blackness and faking remorse over being called anti-Black.

So while Badgley merely calling Rodriguez out for appearing to not know the name of his hit CW show she supposedly watched “like crazy” is just a quick laugh on the surface, some are making his correction into a little more than that.

“Normally I’d cringe at a yt man [correcting] a woc like that but LOL,” Twitter user @HartfordEtc admitted.

History of being racist against non Latina poc. Inserting herself in convos by cutting off black poc. Made a vid singing along to the n word. Invited “Latina” women for a pic & only had light skinned women. Claims support for all but actions say otherwise.

This needs to be the energy directed towards her from now on. pic.twitter.com/fqRJmjkcEh

Normally I’d cringe at a yt man correctly a woc like that but LOLhttps://t.co/dRWRuSwvx9

But even if Rodriguez wasn’t being quite honest when she said she watched “Gossip Girls” rather than it being an honest mistake, we do sincerely hope she enjoys Badgley’s current show, You’re.

A Revolution on the Move: By 2030 there will be twice as many Hispanic actors in Hollywood – AL DIA News

The Baron of Botox Is Gone, But His Face Lives On – GEN