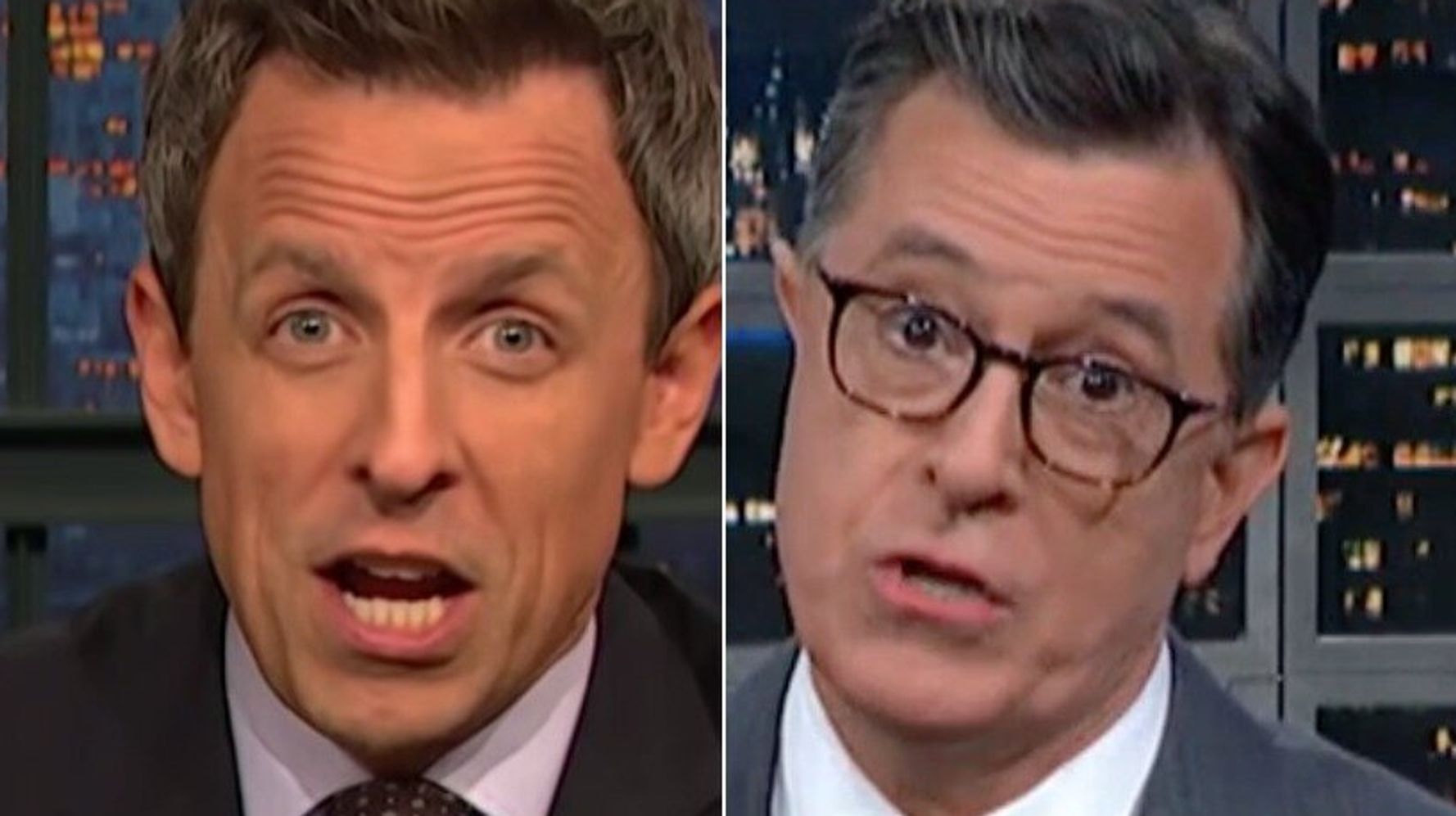 “For Pete’s sake, it’s eight o’clock in the morning, at least let us get a cup of coffee before you start passing out the crazy pills,” he quipped.

Check out that segment here:

“Late Night” host Meyers, meanwhile, summed up the call as a “red-faced lunatic screaming at three terrified captives trapped on a TV set like they’re in a ‘Saw’ movie.”

He also highlighted how Trump barely let the Fox hosts say a word.

“How would Trump even know he was actually talking to anyone?” Meyers asked. “At some point, they should just disconnect his phone and let him think he’s on TV.”