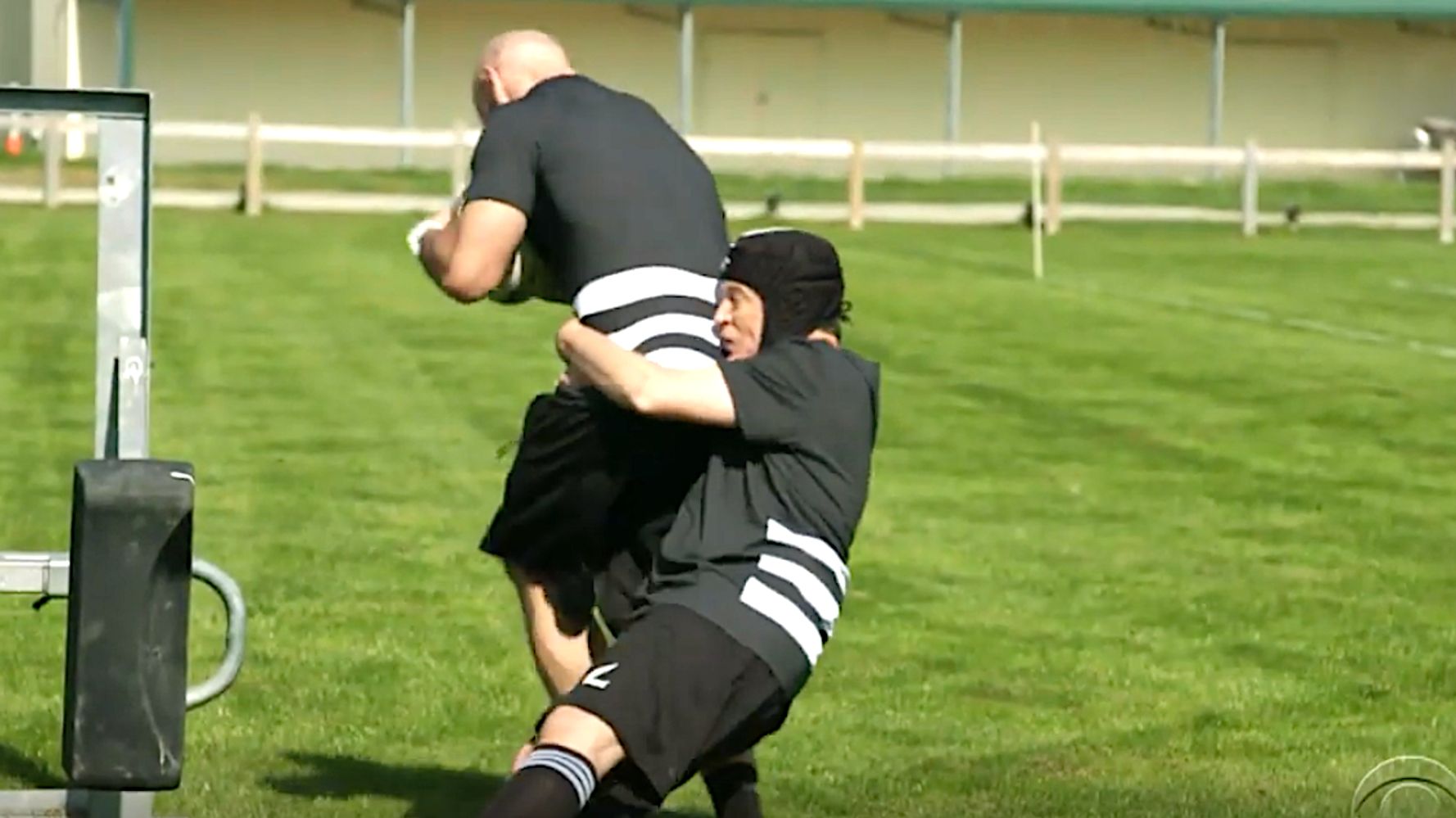 Stephen Colbert traveled to “the other side of the world” to get away from politics ― and to get smacked around by New Zealand’s famous national rugby team, the All Blacks. (See the video above.)

Informed that the squad is named so because its uniforms are all black, “The Late Show” host quipped: “We have a team in the United States called the All Whites and it’s the Republican Party.”

So while he didn’t avoid politics after all, Colbert immersed himself in the finer points of rugby in a pre-taped segment of “The Newest Zealander” during Wednesday’s live post-debate episode.

Colbert looked OK tackling a dummy and even kicking a ball through the uprights. But where he really had game was talking trash to a former player for the All Blacks.

“I’m gonna give you a merit badge in pain,” Colbert threatens. “You wanna call your mommy before we do this?”

Watch what happened above.