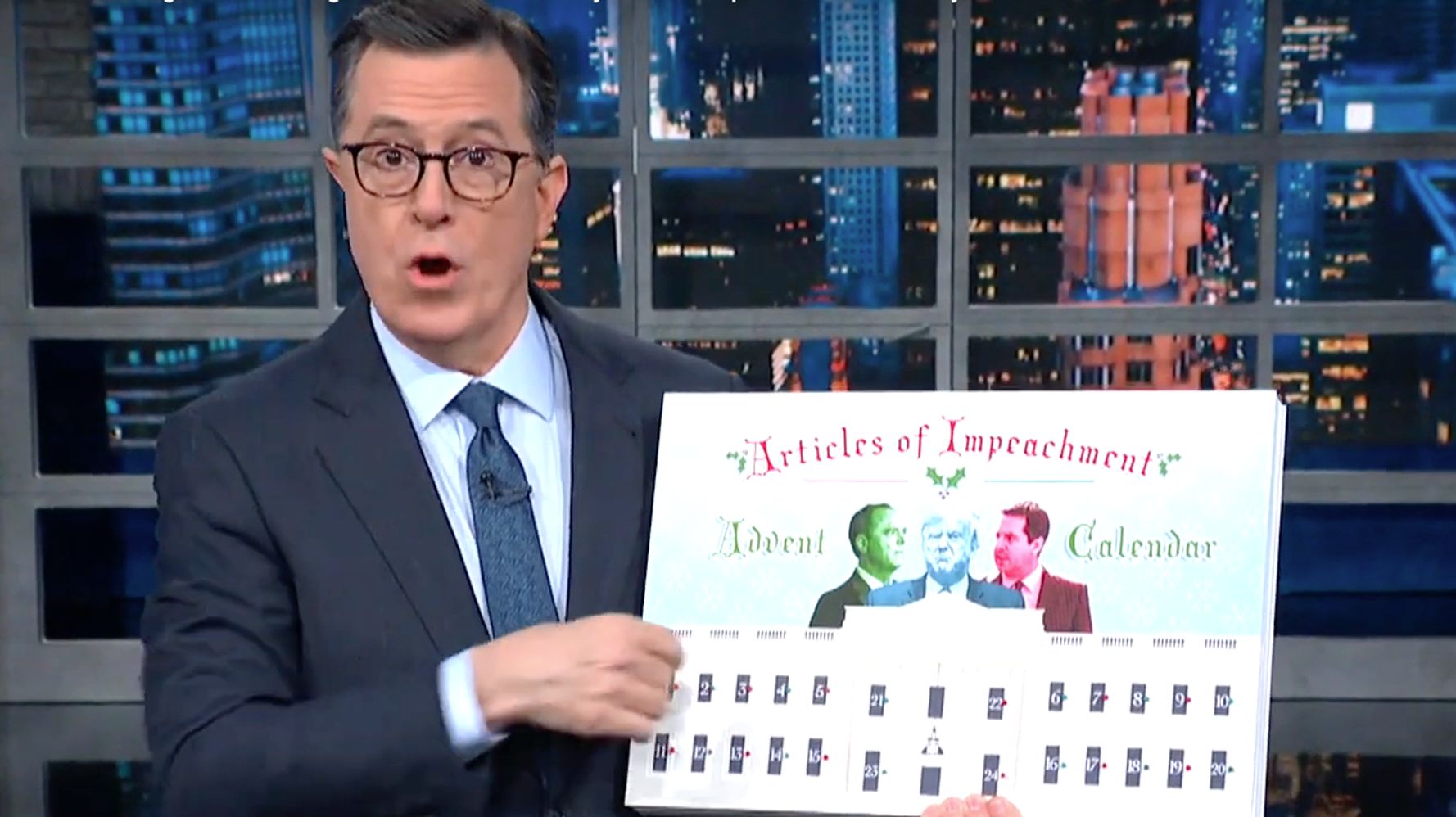 Stephen Colbert got in the holiday mood on Tuesday when he debuted his new President Donald Trump-themed tradition ― an impeachment Advent calendar.

“It’s so exciting,” exclaimed the host of “The Late Show.”

But when Colbert went to grab some candy from behind one of its doors, he only found a message from Trump.

Colbert later came up with a series of new ways to describe the impeachment inquiry. Quid Pro Quo Chella, anyone?