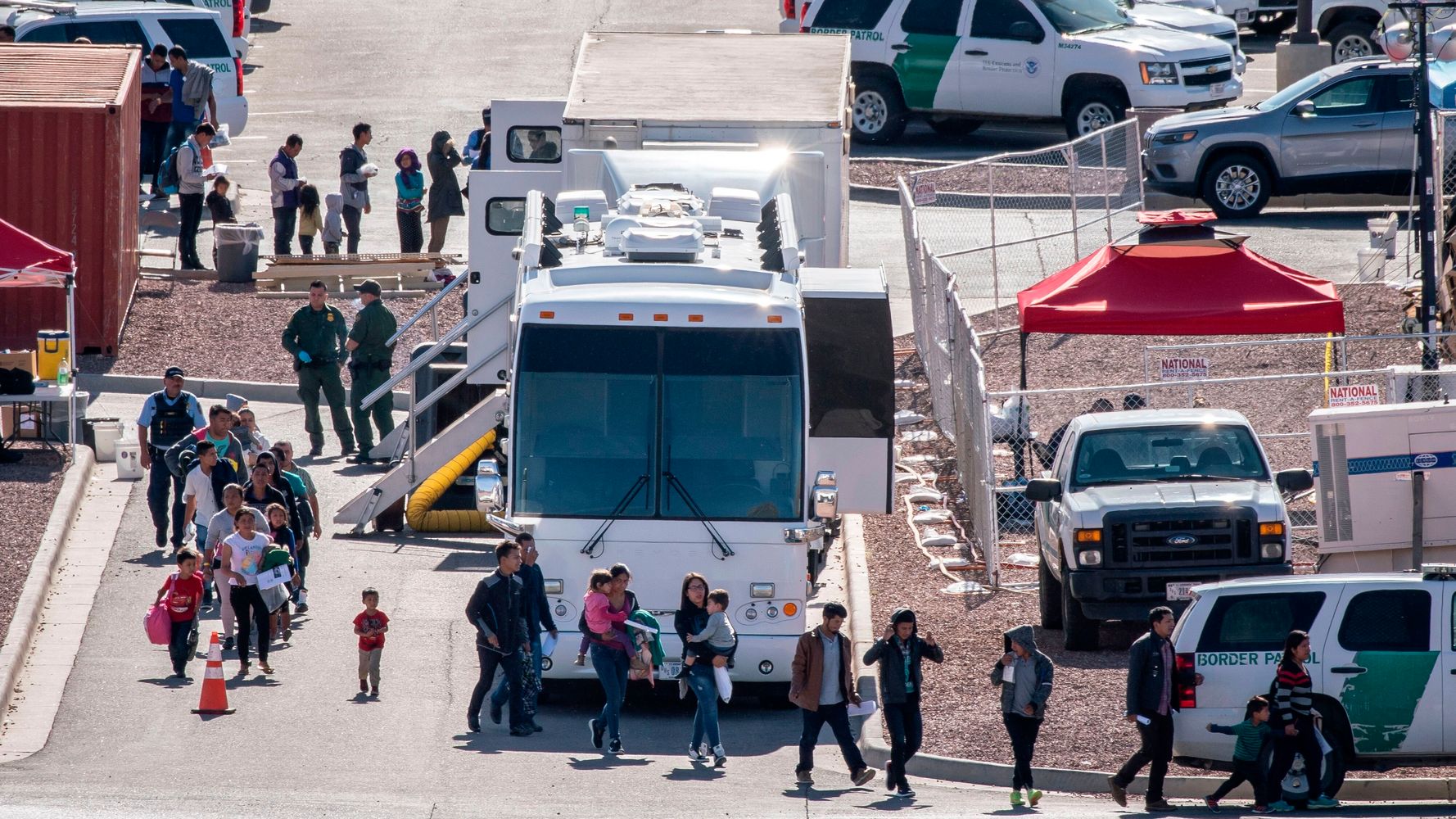 The Department of Homeland Security has begun transporting undocumented immigrant families to cities beyond the U.S.-Mexico border “due to capacity limitations” at border patrol stations, a Customs and Border Protection official confirmed on Friday.

Since Dec. 21, the official said, Immigration and Customs Enforcement has released roughly 180,000 migrants into the U.S. interior, transporting them by plane, bus or van from the border to other cities in Texas and Southern California. Since March, CBP has released “more than 40,000 family units” on the condition they agree to appear before an immigration judge at a certain date.

“Whenever possible, the releases have been coordinated with local non-governmental organizations,” the official told HuffPost. “As NGOs have reached their capacities, CBP has released family units at transportation hubs during daylight hours when the weather does not endanger those released.”

All the migrants who have been transported away from the border have undergone “initial intake,” the official said, which includes gathering their biographical information and carrying out a medical screening to ensure that they can travel.

Officials in Florida spoke out this week upon learning their state would soon begin receiving about 1,000 migrants a month. CBP did not confirm that this was the agency’s plan, but Palm Beach County Sheriff Ric Bradshaw told USA Today he was alerted Thursday by local Border Patrol officials to expect flights beginning in about two weeks.

Mayor Mark Bogen, who represents District 2 of Broward County, Florida, also said he had learned the Trump administration was planning to send weekly planes carrying up to 270 migrants to South Florida.

“This is a humanitarian crisis. We will do everything possible to help these people,” Bogen told NBC. “If the president will not provide us with financial assistance to house and feed these people, he will be creating a homeless encampment.”

Florida Gov. Ron DeSantis (R) said he would fight any plans the federal government may have to transport hundreds of immigrants on a weekly basis from the Mexican border to South Florida.

“I think it will tax our resources, the schools, the health care, law enforcement, state agencies,” DeSantis said after a bill signing on Friday. “It’s gonna ultimately be something I’m going to have to talk to the president about.”

The reports come amid a surge in border crossings this year. As of May 10, U.S. Border Patrol had apprehended over 500,000 undocumented immigrants along the southern U.S. border this year, the CBP official told HuffPost.

“The system is well beyond capacity, and remains at the breaking point,” CBP commissioner Kevin K. McAleenan said in March.

President Donald Trump last month threatened to begin releasing migrants in so-called sanctuary cities, which are often led by Democrats, in an apparent attempt to retaliate against efforts to thwart his administration’s crackdown on undocumented communities.

The idea was apparently scrapped, and officials told NBC on Friday the government wouldn’t be targeting sanctuary cities with its decision to transport migrants away from the border.

Latinos mourn Kobe Bryant, who he said were first to embrace him in Los Angeles – NBC News

‘American Dirt’ is stirring up a lot of controversy – Concord Monitor