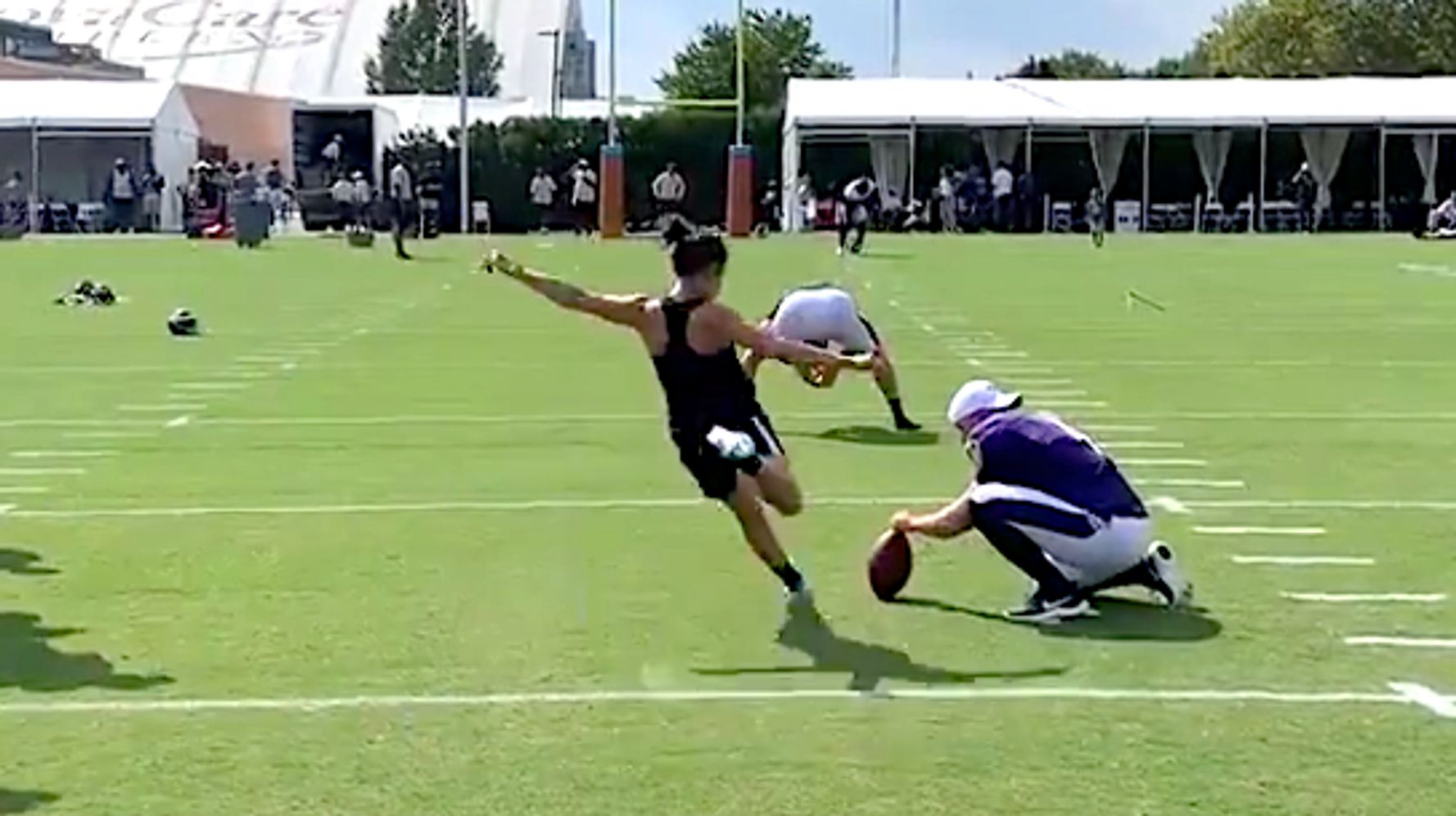 The two-time World Cup champ and two-time FIFA Player of the Year blasted a 55-yard field goal during the Philadelphia Eagles’ practice session on Tuesday.

Lloyd, who played more of a supporting role in the U.S. women’s recent World Cup victory in France, took center stage at the Eagles’ joint training session with the Baltimore Ravens.

The Eagles first tweeted a clip that appears to show Lloyd warming up.

Then the team posted the show-stopper ― a 55-yarder through the extra-narrow goal posts.

One viewer noted that Lloyd once connected on a far more significant long-range boot, part of her hat trick on a day the U.S. team faced Japan in the 2015 World Cup final.