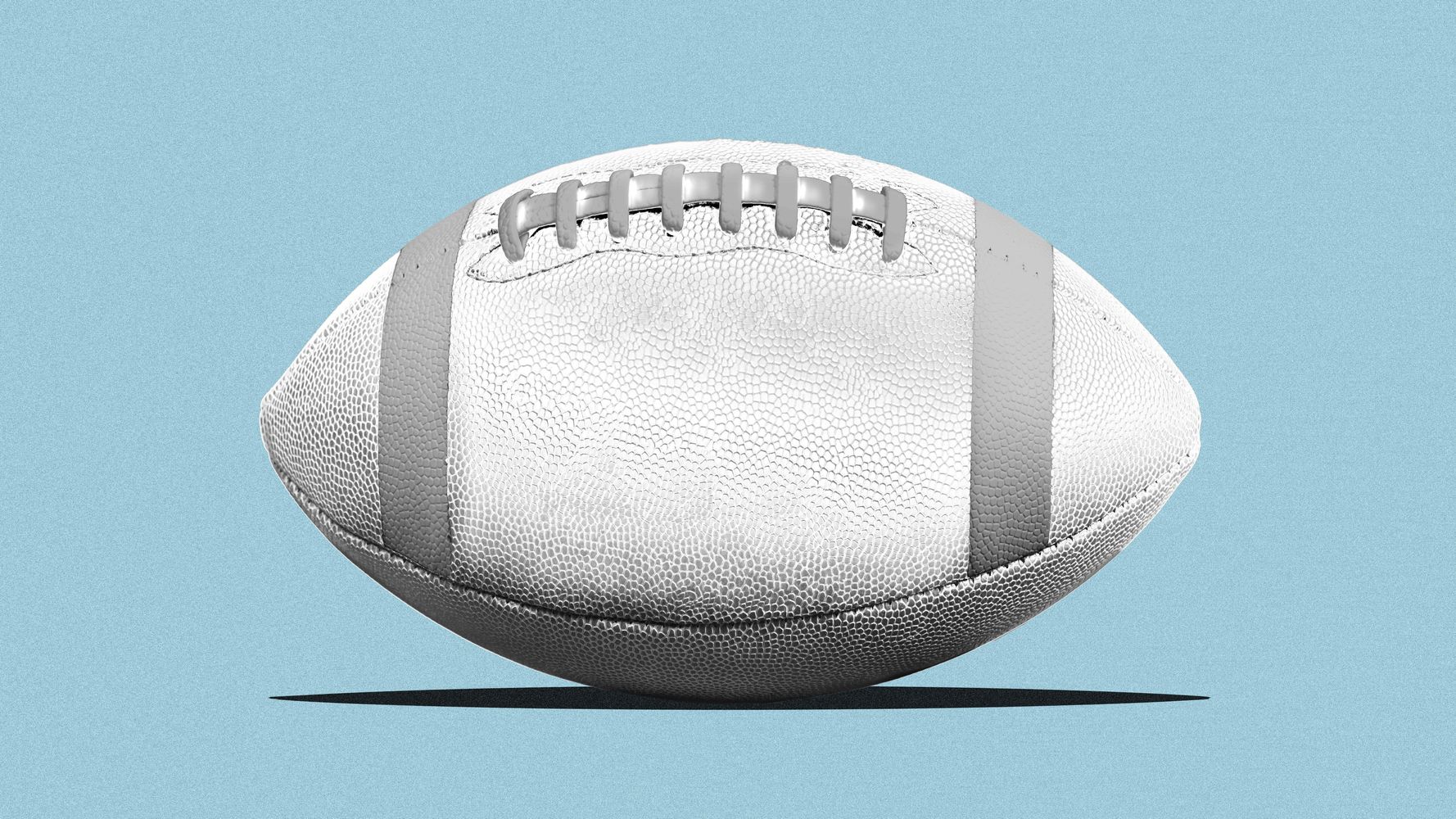 The NFL’s key strategy for hiring more minority coaches isn’t working ― not a great sign for the many companies that have adopted the league’s method in an effort to hire more women and minority employees.

Heading into the conference championships this weekend, there were just three Black head coaches among the NFL’s 32 teams as of Wednesday. The number is down from a high of eight in 2018, and it’s back to what it was before the NFL ― under threat of a discrimination lawsuit ― adopted the Rooney Rule in 2003. The rule requires teams to interview at least one minority candidate for any open head coach position.

Even more stark: Over the last three years, there were 20 open head coach positions in the NFL. Only two were filled by Black coaches. The most recent hiring season just wrapped up. Of five openings, just one minority candidate landed a head coach role: Ron Rivera, who was hired by Washington’s football team.

“It’s just sad,” said Trotter, who’s covered the NFL for nearly 25 years. “It’s tough to hear a man say there’s a sense of hopelessness out there. No matter how good you are. How hard you work. Those opportunities may not be there for you.”

The NFL’s poor diversity numbers among top coaches reveal the sharp limitations of the Rooney Rule and should serve as a warning sign for any company that thinks checking this interviewing box takes care of diversity.

The Rule Needs Buy-In To Work

As with most companies, the key to hiring more minorities and women lies in the commitment of the organization’s leaders. In the NFL’s case, that means the team owners ― not the NFL front office, which put the Rooney Rule in place.

The front office can make all the rules it wants. But the owners call the shots. And again and again, those owners ― all but two of whom are white ― have decided not to hire Black coaches. (League office diversity, it should be noted, has been ticking up over the past few years, especially the percentage of women working for the NFL.)

“It’s not a Rooney Rule problem, it’s an owner problem,” Trotter said, echoing what HuffPost heard from others who closely follow league management.

The common excuse for the lack of diversity among head coaches is that it’s a “pipeline problem” ― that there just aren’t enough qualified candidates out there. Some argue there aren’t many Black offensive coordinators, a job increasingly viewed as a key stepping stone position.

Trotter called that a “specious” argument. Good coaches can come from various positions. Bill Belichick, arguably one of the best head coaches ever, started out on the defensive side. Mike Tomlin, the African American coach of the Pittsburgh Steelers, came up on the defensive side ― after hearing that was the best avenue to head coach, he said in an interview with Trotter last year.

What’s more, there are good Black offensive coordinators out there who didn’t get picked up this time out.

Case in point: Eric Bieniemy, the offensive coordinator for the Kansas City Chiefs, didn’t land a head coach role this year after interviewing with three teams. He works under Andy Reid, a widely respected and winning coach whose team led the league in scoring this year. The Chiefs are facing the Tennessee Titans in the AFC Championship this weekend. The winner goes to the Super Bowl.

The last two offensive coordinators who worked for Reid were quickly snapped up as head coaches for other teams. They were white.

Bieniemy is Black. He interviewed with teams this season, but wasn’t hired. “For the NFL’s top jobs, white is right,” Undefeated writer Jason Reid wrote on Monday. He pointed to Bieniemy as proof that owners just aren’t interested in hiring Black head coaches.

“There are so many guys who are among the best coaches in the league, and they’re just not involved in this interview process,” Rod Graves, the first-year executive director of the Fritz Pollard Alliance, which helps the NFL with the Rooney Rule, told Reid. “They’ve been totally excluded from the process. That’s troubling.”

The same thing often happens in the corporate world. Companies trot out the pipeline excuse, then you dig deeper you often find that there’s actually a lot more diversity among the lower ranks than they’re seeing, said Carissa Romero, the co-founder of Paradigm, which advises companies on diversity strategies.

“Most of the time you do have the pipeline there, but you’re just not taking advantage of the pipeline,” Romero said.

Is This A Trump Thing?

Is racism the driving factor behind these numbers?

“I don’t believe in painting with a broad brush, but it’s not surprising that others would take that point of view because of the lack of diversity over the last three hiring cycles,” said Trotter. “You can’t take race out of the equation, but I don’t think you can say that [all] individual owners are racist.”

He also pointed out that team owners often don’t seem to know what they want when they’re making hiring decisions.

“I think the political climate has a huge influence,” said Jane McManus, director of the Center for Sports Communication at Marist College.

“There was pressure on ownership when the prevailing winds were going one way,” McManus said, meaning that efforts to diversify were stronger during the Obama years. “What’s the point of doing that in the era of Trump?” she asked.

While not all team owners are supporters of President Donald Trump, seven of them donated $1 million to the president’s inaugural committee in 2017. And a few donated to his campaign.

There’s also the shadow of Colin Kaepernick, the former quarterback for the San Francisco 49ers who caused an uproar three years ago for kneeling in protest of police brutality at games during the national anthem. Consciously or not, the controversy could be affecting outcomes this year ― a mini-backlash.

Even With Buy-In, The Rule Is Flawed

Companies like simple rules, and the Rooney Rule is definitely simple. Over the past few years, tech companies, including Pinterest, Airbnb, Facebook and Amazon, have adopted similar measures.

The problem is, the research shows it does not quite work as engineered by the NFL.

Sports is all about these ideals, and one is ‘level playing field.’ If you truly don’t have one then that undermines the entire idea of fairness.
Jane McManus, director of the Center for Sports Communication, Marist College

If you have only one minority candidate on a roster of interviewees, the statistical chance of that person getting hired is zero, according to a study that looked at hiring of women, co-authored by Stefanie K. Johnson, a professor at the Leeds School of Business at the University of Colorado.

Johnson also separately looked at hiring for 35 head coach positions in the NFL from 2013 to 2017. In every case but one where a Black candidate was hired, more than one had been considered for the position.

You have to have two minority or woman candidates in the pool, Johnson said. This might be because if there’s just one token candidate, interviewers will think of him or her as a “diversity” candidate not there based on credentials. “If you interview two you can infer a different motivation ― they’re actually interested in the candidates,” Johnson said.

The NFL does recommend teams interview more than one minority candidate as a best practice.

Another reason the Rooney Rule isn’t a magic bullet is because companies aren’t looking critically at their whole organization to figure out their blind spots: How are you recruiting candidates? Are you looking outside your network or your comfort zone? And, what are you doing once you hire someone?

The NFL, to its credit, shored up the Rooney Rule in 2018, requiring teams to look outside their own rosters for minority candidates, or to interview a candidate from a list provided by the league. Previously, some teams would conduct what were essentially sham interviews just to check the box on diversity.

Romero said that on its own, the Rooney Rule isn’t going to be effective, but must be part of a broader strategy arrived at by taking a clearheaded look at hiring and retention.

The Rooney Rule was adopted after three Black coaches were fired in a single year. One of them, Tony Dungy, had a winning record. Another, Dennis Green, had just one losing season in a decade.

Johnnie Cochran and other civil rights lawyers threatened to sue ― and that was enough to change things for a while. The rule was put in place. More head coaches got hired. Dungy famously went on to lead the Indianapolis Colts to the playoffs every season he was there. And in 2007, he led the Colts to victory in the Super Bowl: An historic faceoff with the Chicago Bears, led by another African American coach, Lovey Smith.

In the intervening decade, as the head coach number surged and dwindled to where it is now, the NFL did see some progress is another key role: quarterback, for years a position traditionally held by white men.

This led to an outcry, said McManus. “There were a lot of Black quarterbacks who spoke out about this” beginning in the 1980s and 1990s, she said. It was clear that great Black college quarterbacks were being brought into the NFL and put into different positions.

“Sports is all about these ideals, and one is ‘level playing field,’ McManus said. “If you truly don’t have one, then that undermines the entire idea of fairness.”

These days there are more Black QBs ― superstars, actually ― leading Reid to call 2019 the “Year of the Black Quarterback.”