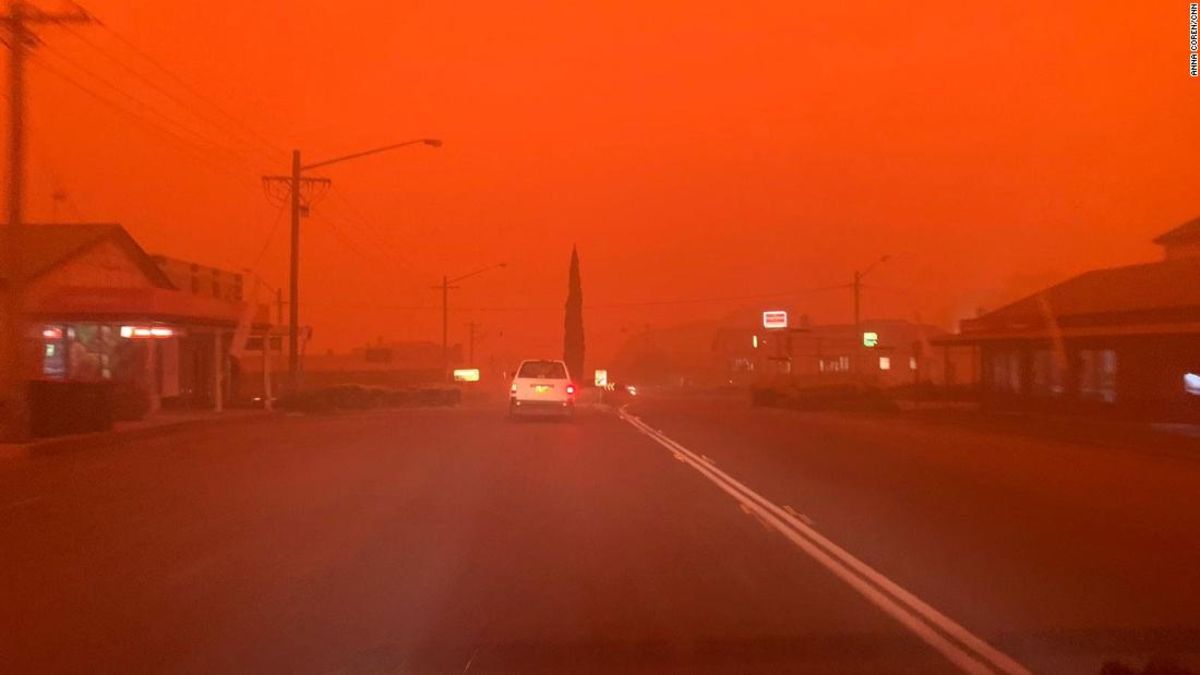 (CNN) — As bushfires continue to rage across Australia, with scenes of glowing red skies and scorched landscapes filling social media feeds around the world, travelers planning to visit the country in the coming weeks are likely wondering whether they should cancel or postpone their plans.

The short answer? It depends.

In recent days, many embassies and government bodies have updated their travel advice to citizens concerning travel to Australia, telling them to stay abreast of the situation by following local media and be prepared to comply with any evacuation orders.

“Authorities in some regions have declared a State of Emergency and ordered road closures and evacuations. Poor air quality can occur some distance from the sites of the fires and provoke respiratory conditions.

“If you’re in or near an affected area or planning any travel, stay safe, monitor TV news, radio and social media channels for updates, and follow the instructions and advice of local authorities.”

Travelers are also advised to check with their insurance providers and read the fine print, as certain situations — i.e. a government ordered state of emergency — may invalidate coverage.

Which areas are worst affected?

Tourism Australia released a general press statement on January 3, writing “many areas are unaffected and most tourism businesses are still open.”

“It is more important than ever that we rally around our communities and the tourism sector who may have been impacted,” Phillipa Harrison, managing director of Tourism Australia, said in the statement.

“We would encourage all travelers coming to Australia to seek the most up-to-date information prior to departure, and remain informed about changing conditions whilst on the ground.”

Fires have hit every Australian state, but New South Wales and Victoria — home to the cities of Sydney and Melbourne, respectively — are presently in the worse shape.

Victoria is currently under a state of disaster and NSW has declared a state of emergency — both granting extraordinary powers and additional government resources to battle the fires.

Sydney itself is presently safe from the fires, as is Melbourne, though the coastal regions between these two cities have been hit hard — particularly the South Coast, which stretches south from Sydney to the Victoria border. Authorities in early January dubbed this a “Tourist Leave Zone,” advising travelers to evacuate.

Air quality is also a concern, so travelers heading to destinations with poor conditions may want to consider wearing P2 rated masks, which can filter out the hazardous microscopic PM2.5 particles produced by bushfire smoke.

Global website Aqicn.org offers real-time updates on air quality. The air quality in Sydney is currently listed as “Moderate,” though forecast to hit hazardous levels later this week. Air quality in Melbourne is currently graded “Unhealthy.”
Australia’s Capital Territory is now under a state of alert, with AQI listing Canberra’s air quality as “Hazardous.” The country’s flag carrier, Qantas, canceled all flights to and from Canberra on Sunday due to hazardous weather conditions.

South Australia, popular for its vineyards, is also facing several heavy fires but air quality in its capital, Adelaide, is currently rated as “good.”

Off the coast of South Australia, popular tourist getaway Kangaroo Island has been severely affected by the fires as well.

Queensland, which recently faced its own spate of fires, reportedly has the situation under control. Nevertheless, “bushfire warnings are in place and visitors should ensure they stay up-to-date with the latest information and advice being issued by Queensland Fire and Emergency Services (QFES),” advises the Queensland Tourism body. Queensland state capital Brisbane’s air quality is currently ranked “Good” by AQI.

At the moment, Western Australia is dealing with several blazes but these are reportedly under control and the state — including capital Perth — remains safe to visit. Air quality in Perth is currently rated “good.”

Authorities in Northern Territory, home to Kakadu National Park and Uluru, are dealing with a handful of fires but overall the state is safe to visit.

How to stay updated on the situation

Travelers can keep up-to-date by using the “Fires Near Me” app, developed by the NSW Rural Fire Service.

State specific info, including real-time fire alerts and maps can be found at the following websites:

Australia’s primary emergency call service number is Triple Zero (000), which can be dialed from any fixed or mobile phone.

When will the fires end?

Unfortunately, Australia is only just entering its summer season. Normally, temperatures peak in January and February, meaning the country could be months away from finding relief.

The fires are unlikely to end entirely since they are an annually occurring event — and may even get worse if recent years are an indicator.

For information on how you can help victims of the bushfires, read this CNN guide.

In terms of the affect these devastating fires will have on the country’s travel industry, Australia Tourism staff tell CNN Travel they are currently gathering feedback and monitoring impacts on future bookings closely as the situation unfolds. But for now, their focus is on the present.

“The number one priority right now continues to be the emergency response to these devastating bushfires and the safety of communities and tourists in affected areas,” Tourism Australia managing director Harrison tells CNN Travel in an email.

“As we have seen, a number of regional destinations have been affected and people’s travel plans have been impacted but at this stage it is too early to quantify the full impact of the bushfires on the tourism industry.”

She adds that past severe weather events and natural disasters have shown that tourism is an extremely resilient sector.

“When affected communities are ready to once again welcome visitors, tourism will continue to play an important role in their supporting their recovery,” says Harrison.