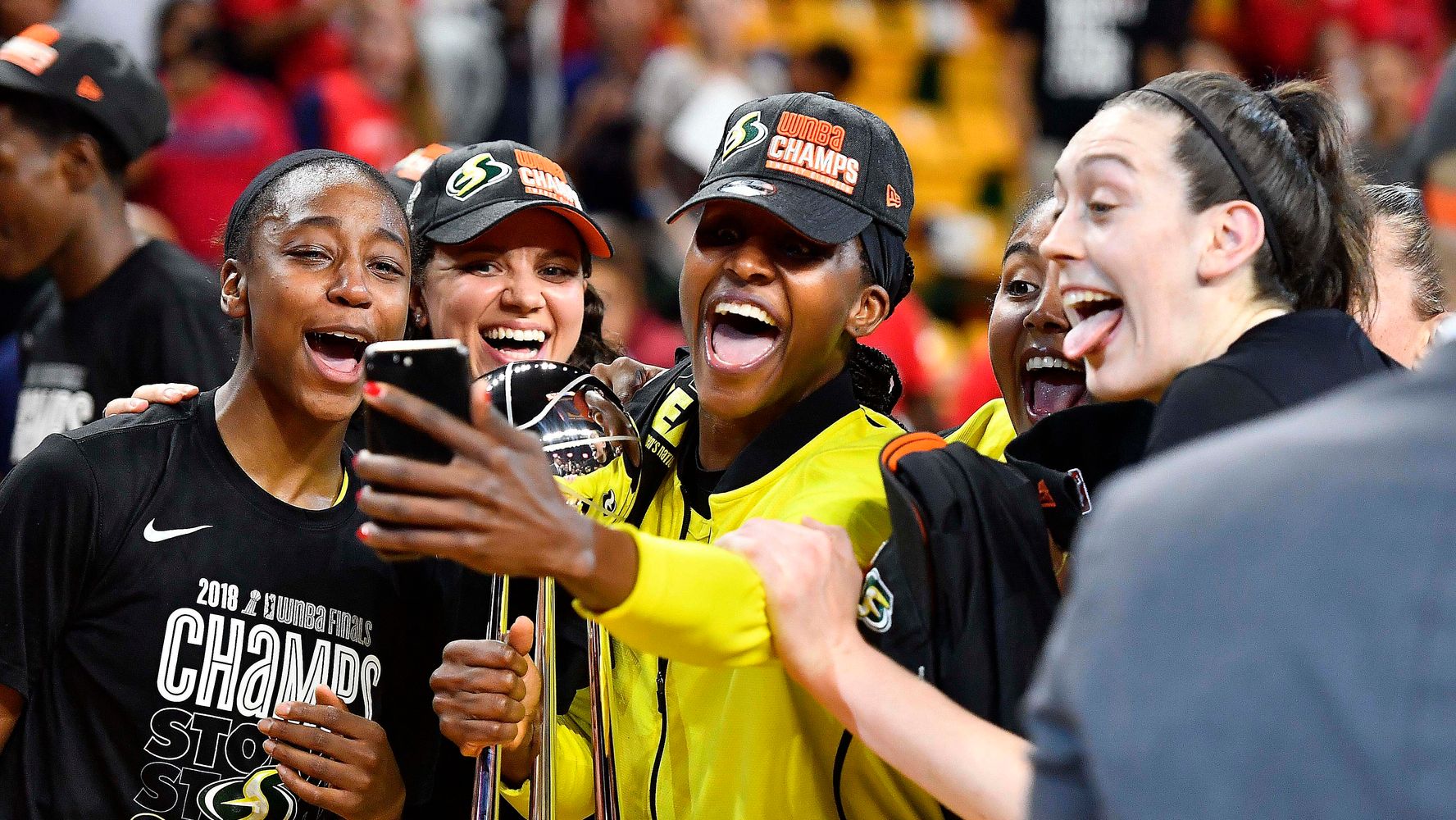 The WNBA and its union announced a tentative labor contract on Tuesday that would dramatically increase player salaries, provide paid maternity leave and improve travel accommodations, among other benefits.

The eight-year deal, which still needs to be ratified by the league’s board of governors, has been hailed as a historic and groundbreaking win for the WNBA and all women athletes.

“We’ve really gone all out here,” WNBA Commissioner Cathy Engelbert told The New York Times of the proposed agreement, which would kick in this season and run through 2027. “We’re making a big bet on this league, a big bet on women, and that in professional sports, that the WNBA can lead the way.”

BREAKING: The WNBA and WNBA Players Association have reached a tentative 8-year collective bargaining agreement. Key elements in the pictures below. For the first time, average cash compensation of WNBA players will exceed six figures. pic.twitter.com/0OuUj5YT8x

Under the deal, the WNBA’s top players could earn more than $500,000 a year ― which the Times pointed out would be three times higher than last season’s cap.

The maximum WNBA salary would increase from $117,500 to $215,000, SB Nation reported. On top of that, the league has agreed to earmark $1.6 million annually for off-season league and team marketing agreements, which could see top players earning up to $250,000 more. Players can also rake in bonuses for All-Star appearances and awards, the Times noted.

The deal, reportedly approved overwhelmingly by players, also includes an unprecedented agreement by the league to share half of its revenue with players. The 50-50 split, which would start in 2021, would be based on the league achieving revenue growth targets, the WNBA said.

WNBA players have long called for the same revenue split as players in the NBA, who receive around half of the league’s revenue. WNBA players currently get just 20% to 30% of the revenue pie, the Times reported.

“I was adamant on the 50-50 target,” Engelbert told CBS News of the change. “The league and players work together to market this league so we can share revenue with the players.”

The new deal also promises better travel and maternity benefits. Though players ― some of whom are almost 7 feet tall ― will continue to fly commercial, they’ll be able to upgrade to premium economy rather than having to squeeze into coach.

The deal will also ensure that players receive their full salary while on maternity leave. Veteran players will also have access to some fertility benefits.

Engelbert said she expected the league’s board of governors to unanimously approve the contract.

“This is a historic agreement and I am looking forward to driving the league to the next level,” the commissioner wrote on Twitter.

So great to share our ground breaking news this morning on @GMA with @RobinRoberts and @Nnemkadi30! This is a historic agreement and I am looking forward to driving the league to the next level, together @WNBA https://t.co/cCV5mnu721

Women athletes in and out of the WNBA celebrated the landmark deal on social media.

Elena Delle Donne, the WNBA’s 2019 Most Valuable Player, said on Twitter that it had taken “relentless dedication” by the league and its union to “get this done.”

Chiney Ogwumike, vice-president of the WNBA Players Association, said she was “soooo proud” of the achievement.

A historic day. Relentless dedication and hardwork by the @TheWNBPA and @WNBA to get this done. #BetOnWomen 👏👏 https://t.co/4RwzC7cjhV

✅ ADDITIONAL COMPENSATION for select top players up to $300,000

✅ First time EVER that the average player compensation is six figures!

The future is bright! @WNBA and @Nnemkadi30 setting the market for women to be successful professional athletes. https://t.co/dMWFLyAmV9

Stars in the NBA ― where top players like Stephen Curry and Kevin Durant earn more than $30 million a year ― also weighed in.

“Great day for the WNBA,” Josh Hart of the New Orleans Pelicans tweeted.

A step in the right direction for the @WNBA ✊🏾

👏🏽👏🏽 they deserve it. Great day for the WNBA https://t.co/xrFYt6OkAV

Marcus Mariota was a consummate professional until the end with Titans

The Patriots only have one option