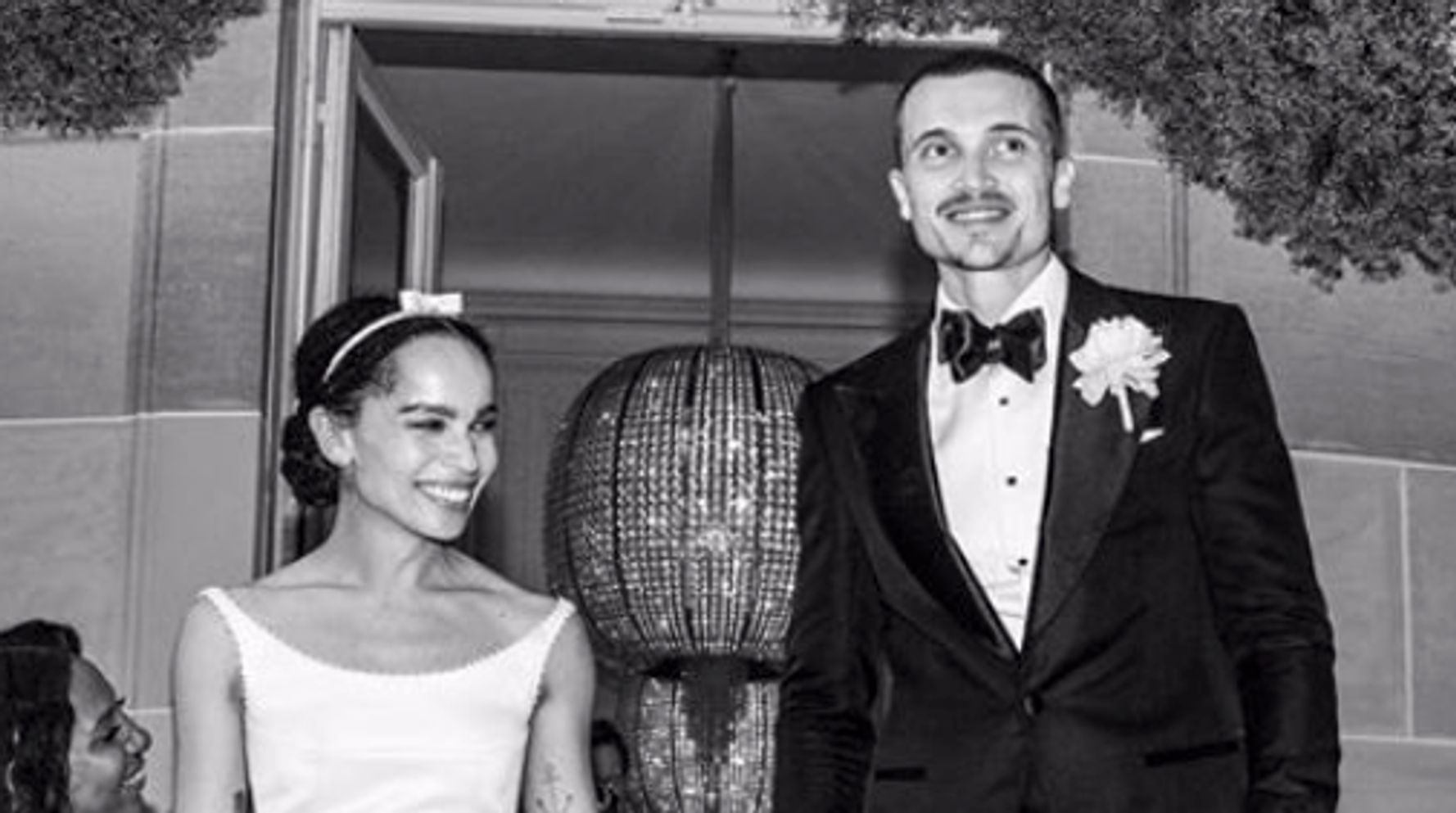 Six months after the wedding, Zoë Kravitz is finally giving us a glimpse into her wedding to actor Karl Glusman.

Kravitz and Glusman met at a bar in 2016, thanks to a mutual acquaintance.

“My friend knew that I wanted to meet someone ― not even to get serious, I think just to get laid, to be completely honest with you ― and he brought Karl,” she told British Vogue in June. “I instantly felt something ― then he turned around and started talking to the blonde girl next to him and I was like, ‘Wait, what?’ But he later told me that he was just nervous.”

Kravitz revealed their engagement during an interview with Rolling Stone in October 2018. Apparently Glusman had planned to pop the question in Paris but, because of scheduling issues, ended up doing it at home while Kravitz was wearing sweatpants and “a little drunk.”

“I can be my weirdest self around him,” she told the magazine. “It’s so relaxing to be around someone where you can be a hundred percent how you feel.”

The Psychology Behind Why Adult Siblings Grow Apart

These Vintage Baby Names Are Getting More Popular

This Guy Proposed By Having Girlfriend Animated Into ‘Sleeping Beauty’

When Is The Right Time To Tell A Date That You’re Celibate?